James Franco quickly issued a mea culpa for his creepy attempt at picking up a 17-year-old schoolgirl for sex, but some think the whole sitch is just part of a publicity campaign for his new movie. 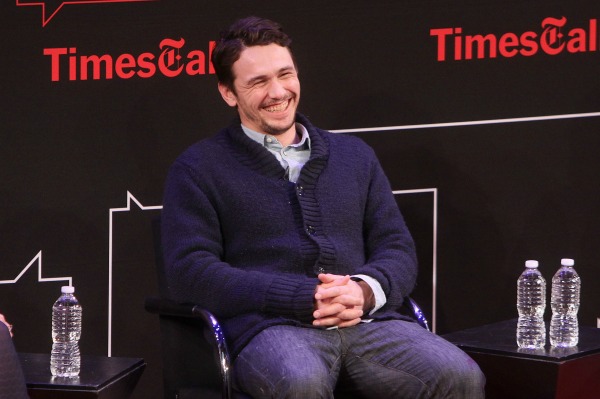 Is James Franco pulling a Joaquin Phoenix? The actor found himself the “victim” of leaked texts purporting to prove he tried to have sex with a 17-year-old schoolgirl visiting the States on holiday with her mother, but some think life is imitating art a little too much.

In Franco’s new movie Palo Alto, he plays a soccer coach having an affair with — you guessed it — a teenage schoolgirl (played by Emma Roberts).

16 Best quotes from the Roast of James Franco >>

Watch the trailer for Palo Alto

So did he make the whole thing up in a weird publicity grab for his new flick? He didn’t seem too fazed in an interview with Michael Strahan on Live With Kelly & Michael this morning, explaining it away as simple “bad judgment.”

“I was feeling awkward,” Franco said. “I guess I’m just a model of how social media is tricky. It’s a way people meet each other today.”

He continued, “I used bad judgment, and I learned my lesson.”

The images of the texts that the girl posted to Imgur have since been deleted.