Two and a Half Men star Jon Cryer is set to write a memoir. What scandalous secrets will he reveal? And will there be any mention of his former co-star Charlie Sheen? 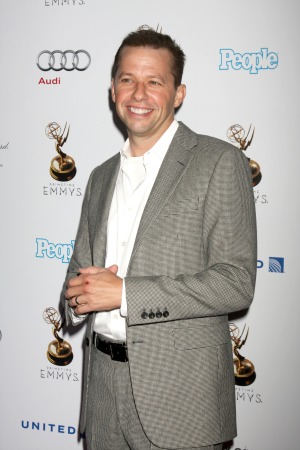 Two and a Half Men star Jon Cryer is set to write a memoir about his life in Hollywood. And whilst the actor has enjoyed great success in the industry, the question on everyone’s minds is: What will he have to say about his former co-star Charlie Sheen?

The 48-year-old actor has enjoyed more than 30 years of success in showbiz, and according to E! News, he would now like to share his story with the world.

The memoir is set to include his debut in Pretty in Pink, his two Emmy Awards for his role as Alan Harper on the hit series Two and a Half Men and his thoughts about Hollywood.

However, it is not just his professional life that is worth a mention because Cryer has plenty of stories to share from his personal life, as well.

The actor released a statement explaining exactly what fans can expect from his new book.

“In these times of truly global crisis when fear is outracing hope, I think we can all be grateful that the guy who played Duckie in Pretty in Pink is writing a book,” he said.

“It’ll be filled with just what you’d expect from me; juicy tidbits on international monetary policy, catty comments regarding agriculture in Central Asia and of course, forbidden anecdotes about stamp collecting. And maybe I’ll talk about Charlie Sheen.”

Of course, Cryer may just be teasing us with the mention of Sheen. But given the Anger Management star’s former troubles on the set and his notorious 2011 breakdown, we’re sure Cryer has more than just a few juicy tidbits to reveal. And that’s one way to ensure sales go through the roof.

Cryer’s memoir is set to be released in spring 2015. According to E! News, New American Library publisher Kara Welsh shed a little more light on what fans can expect to read in Cryer’s forthcoming memoir.

“Jon Cryer has the fascinating stories, endearing appeal, and long-lived career that make for a warm, sharp, and funny look at life in Hollywood. His charming and hilarious personality translates perfectly to the page,” she said.

It should be an interesting read!