Billy Joel’s daughter Alexa Ray is all grown up, and the dramatic change in her appearance from a tween to an adult has caused surgery speculation. And the singer is not impressed with her haters! 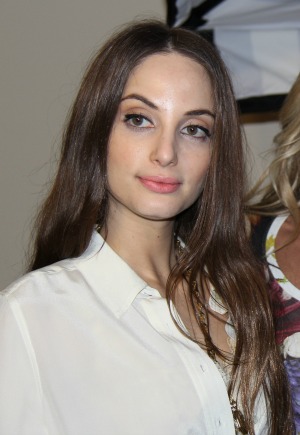 Alexa Ray Joel is not going to stand by and let people bully her. The daughter of Billy Joel and Christie Brinkley has responded to comments that her hot new look is the result of plastic surgery.

Her comments came after Us Weekly posted a photo that showed the star’s transformation from a tween to an adult, and several fans speculated that her change was so dramatic that she must have had help.

Well, if you think she’s had surgery, then the 28-year-old singer has something to tell you.

According to Us Weekly, the star commented on the publication’s picture on Wednesday, saying, “This is absolutely hysterical!!! I was 13 years old in the pic posted as a “before.” In this latter pic, I am 28 years old [that’s the age I am now].”

“I have lost weight simply from maturing, and I have fully contoured ‘stage makeup’ and hair done for my first debut show at the Carlyle Hotel in NYC. Obviously I’m going to look different,” she added, commenting on the “after” photo, which was taken at her Monday performance.

And the “The Revolution Song” hit maker was not finished at that. She has shamed all those who left nasty remarks about her by telling them, “I have only gotten one nose-job done. That is the absolute extent of the surgeries I have had.”

“I’m very sorry to disappoint everyone who wants to believe that I have had multiple surgeries, but that just simply isn’t true,” she added.

Alexa Ray does admit to having a nose job done back in 2010, but she has never kept that a secret from the public. So there you have it — there is no scandalous story behind Joel’s transformation. All she did was grow up.

The pros and cons of plastic surgery >>

She wasn’t done explaining the change in her appearance just yet. Alexa Ray explained that the dramatic look in the picture taken on Monday was done on purpose because she was performing on stage that night.

“Anyways…sorry to disappoint everyone…I don’t have low self-esteem at all, contrary to all of your unsubstantiated opinions, and I accept and love myself for exactly who I am, as every empowered woman should!” she added.

Alexa Ray left one final message to all those who want to continue to spread the hate. “To the nasty bullying-bloggers who seem to get a kick out of picking apart, psychoanalyzing, and objectifying complete strangers…Why not take a long look in the mirror and worry about yourself?”