Chris Brown has been taken into federal custody and awaits transport to Washington, D.C., where he will attend pre-trial hearings in an assault case. 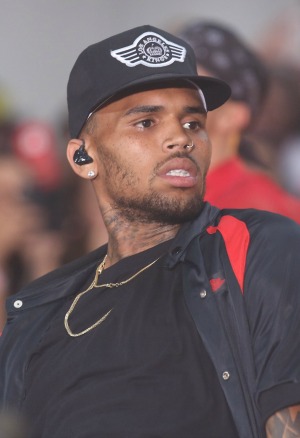 Chris Brown has lost his battle to stay in California and has officially been turned over to the U.S. Marshals, according to People magazine.

The judge in Brown’s recent assault case authorized the U.S. Marshals to transport the singer to Washington, D.C. for his April 17 trial, says NBC News via People. Brown’s attorney, Mark Geragos, filed papers on Tuesday to bar the out-of-state transfer, but the attempt was fruitless.

After a failed rehab attempt and amidst rumors that Brown is in fact trying to buy his way out of time in jail, it seems the performer’s incarceration is inevitable.

The drama is stemming from a fight that happened outside the W Hotel in D.C., after which Brown was arrested and charged with felony assault. The “Kiss Kiss” singer was already serving a five-year probation sentence from a 2009 felony battery conviction for assaulting then-girlfriend, Rihanna, when the D.C. altercation occurred.

Gergaos offered to transport Brown across the country himself, but was denied permission. Brown has been taken to San Bernardino County Jail where he will wait to be taken to Washington.

The future seemed to be brightening up for the pop star back in February. He avoided hard prison time by entering rehab and was diagnosed with PTSD and bipolar disorder, which explained his history of volatile and violent behavior. The facility and Brown’s judge in his assault case seemed optimistic that the findings could lead to a successful treatment.

Things took a turn when Brown was ejected from rehab on March 14 for “violating internal rules.” He was then immediately jailed after being kicked out and a judge ordered him to stay there until a hearing on April 23.

Meanwhile, Brown’s Twitter page remains active. It seems PR reps have taken the liberty to send some promotional tweets for the 24-year-old’s new single, “Loyal.” There was no mention that he’s been taken into custody by the U.S. Marshals, however.