Ed Sheeran sang a young Irish fan to sleep over the phone and minutes later, the teenager passed on. 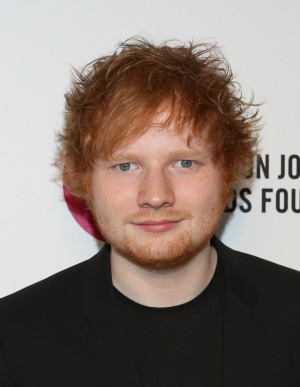 It was a bittersweet day for the family of an Irish teenager on Sunday, when British singer, Ed Sheeran, fulfilled the girl’s dying wish just moments before she passed away.

Fifteen-year-old Triona Priestley, who had been living with cystic fibrosis, was a huge Sheeran fan and her favorite song was “Little Bird,” according to People.com. Priestley revealed to friends and family that her dying wish was for the singer/songwriter to serenade her with the tune, and her loved ones launched a Twitter campaign in an effort to make her dream come true.

The campaign started early in the week, when it became clear that Priestley might not have much time left, and by Friday night, #SongForTri was trending. Once Team Sheeran caught word of the story, they contacted a close friend of the Dublin teen in an effort to connect the fan with her hero.

“Ed rang Triona and personally sang “Little Bird” to her as she took her last breaths,” Lucy Hanlon wrote on Facebook. “Triona left us listening to her idol surrounded by all the people who loved her. People’s respect is incredible. We would like to thank everyone.”

Sheeran joins the likes of Jennifer Lawrence and Charlie Sheen, who have also been known to show such compassion. In November, Lawrence exited the red carpet in a touching moment of kindness to comfort a crying fan named Jessica Hambly. Hambly, who suffers from a rare metabolic disorder and is confined to a wheelchair, was at the event because she had been granted a wish through the Starlight Children’s Foundation. That same month, Sheen caught word of a fan named Marion Minchuk in Arizona, whose dying wish was to spend the day with the Anger Management actor. Sheen then paid for Minchuk, his girlfriend and his nurse to fly to Los Angeles and accompany the actor on the set of his show.

Triona’s family expressed gratitude to Sheeran, as well as all the people who helped make the wish come true, via Independent.ie.

“Myself and my family would like to thank Ed Sheeran and everyone who started and supported the #SongForTri campaign,” Priestley’s brother, Colm, told the website. “What they gave us and her was a beautiful last moment together. Triona slipped into a sleep as Ed was singing to her and passed away shortly afterwards. So Ed Sheeran sang her to sleep.”

Sheeran, who was already known to be an animal rescuer, proved that he truly has a heart of gold with his good deed. Upon hearing of Priestley’s death, he posted a short tribute on Twitter.