Idina Menzel is finally admitting that John Travolta calling her by the wrong name threw her off for a few seconds during the most important performance of her life.

Related story John Travolta is a Big Fan of Daughter Ella's New Song & It's Such a Sweet, Girl Dad Moment 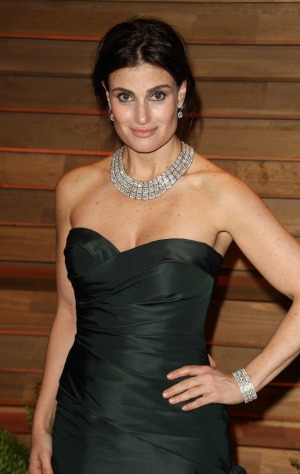 Idina Menzel can look back and laugh at the moment John Travolta mispronounced her name at the Oscars, but the singer was thrown off for at least a few seconds when it first happened.

Menzel was getting ready for one of the most important performances of her life when the actor called her “Adele Dazeem” from the Oscars stage.

“I had done this whole preparation to make sure that I really was in my body and didn’t get too nervous,” she told the Today Show. “So I was picturing my [4-year-old] son, Walker, I thought, ‘Let me just sing it to him like we do in the bathtub.’ And [Travolta] said my name like that and I was like, ‘Did that just happen?'”

The singer was on the stage to sing the Oscar-nominated song, “Let It Go,” from the movie Frozen, and she said the flub threw her off.

“Then the orchestra started and then for eight seconds, I said, ‘Get your s*** together!” she remembered. “And, like, stop worrying about your name and sing this song!’ So it took me about eight seconds to get over myself.”

Menzel is no stranger to the stage. She has been on Broadway for years, and she even won a Tony for her role in Wicked. She has also had a recurring role on Glee, and she currently stars in If/Then on Broadway. But she appreciates everything Frozen has done for her.

“The fact that [‘Let it Go’] just connects with all these young kids makes it more wonderful,” she said. “That’s good for a 42-year-old woman to have a demographic of, you know, 5-year-olds. ‘Cause then, when I’m 80, maybe they’ll bring their kids to see me. and I’ll still have a job.”