Bill Clinton has an interest in aliens, and did his own research when elected to the highest office in the U.S. to see if we have ever been visited by someone not from this world. 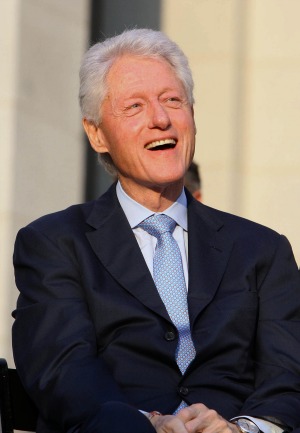 If anyone knows if there are, or have ever been, aliens on Earth, it would probably be the president of the U.S. Former President Bill Clinton gave some insight into what he knows about extraterrestrials, and what he thinks may be possible.

The former POTUS revealed that while he was in office, he had his aides look into Area 51 “to make sure there was no alien down there.” He said he also reviewed the files about a reported alien sighting in 1947 in Roswell, New Mexico.

Kimmel, who has been friends with the Clintons in recent months, asked Clinton, “If you saw that there were aliens there, would you tell us?”

Although he denied having actual knowledge of any aliens, Clinton did say he knows enough to believe it would be possible that an extraterrestrial would come to Earth one day, especially with everything we now know about our universe.

“If we were visited someday I wouldn’t be surprised. I just hope it’s not like Independence Day,” he said, but added that an alien invasion may be the only way to bring together the people on Earth.

“A conflict may be the only way to unite this increasingly divided world of ours. Think of how the differences among people of Earth would seem small if we feel threatened by a space invader.

“That’s the whole theory of Independence Day,” he added. “Everybody gets together and makes nice.”

“You and Bill O’Reilly would be hiding in a bunker together,” Kimmel joked.

Independence Day 2 is currently in the works, and is expected to be out in 2016.