Katy Perry took to Twitter to share the cover of her latest single “Birthday,” which is also an old family photo of her and her younger sister Angela. 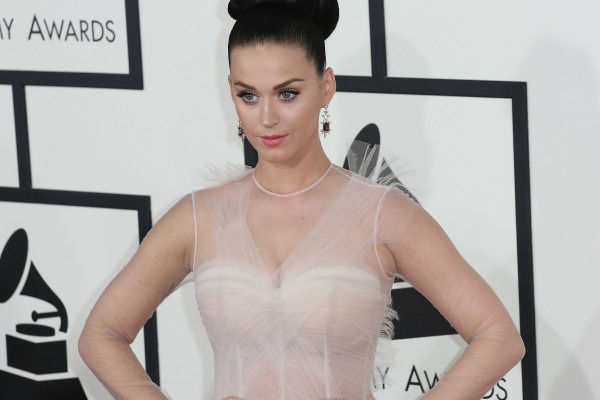 Katy Perry doesn’t turn 29 years old until October, but that doesn’t mean that the pop superstar can’t celebrate her birthday a little early — seven months early, to be exact. On Thursday, April 3, the hit maker took to Twitter to unveil the artwork for her brand-new single “Birthday,” and boy, it’s a looker.

In the photo, which was probably pulled out of the Hudson family’s old photo album, a young and spacey-eyed Katherine Hudson is seen sitting next to her younger sister Angela at some sort of family function in floral dresses and matching bows. But Katy didn’t give a completely clear look at the artwork as her little sister’s face and hand are blurry and pixelated.

Perry took advantage of Twitter and the usual #ThrowbackThursday theme to help spread the word about the new artwork, tweeting, “IF you would like to see my sisters amazing face/pose get #BIRTHDAY trending to the top & I will UNLOCK the genius with you… Hahahahahaha.”

While we may have thought the best part about the family portrait was Angela offering the photographer the middle finger, our favorite California Gurl tricked us because when her Katy Cats finally made #BIRTHDAY into a trending topic, it wasn’t exactly what we expected.

Instead of a feisty shot of little ol’ Angela flipping off the cameraman, the baby sister is seen with her fist resting on her chin, looking even happier than Katy. Way to trick us, Miss Perry.

Following the release of the Juicy J collabo “Dark House,” “Birthday” will serve as the fourth single off of Katy’s latest album Prism and was produced by her usual production dream team, including Dr. Luke, Max Martin and Cirkut.