Famed chef Nigella Lawson was banned from a U.S.-bound airplane at London’s Heathrow airport due to her court drug admissions. 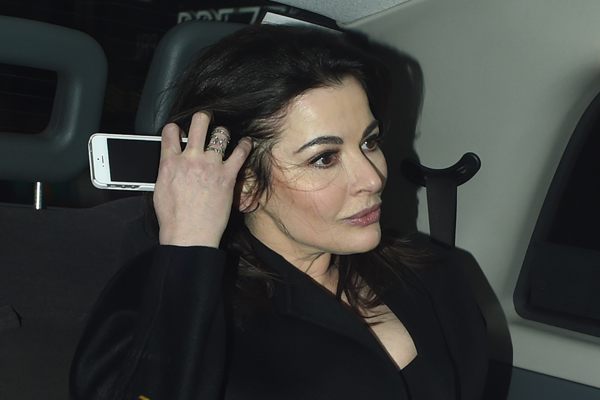 When attempting to board a flight headed for the U.S. from London, Nigella Lawson was reportedly denied entry onto the airplane because she has admitted under oath to using drugs in the past.

The famous chef was banned from boarding a British Airways flight to the U.S. when officials stopped the 54-year-old at Heathrow airport due to her admitted past cocaine and marijuana use. Lawson famously revealed her drug problems during the fraud trial of former assistants Francesca and Elisabetta Grillo.

London police said that Lawson’s cocaine use would not be investigated by Scotland Yard after the assistant sisters were found not guilty. However, they said they would revisit the decision to not pursue the drug-use claims if new evidence was uncovered. Meanwhile, the Food Network star has never been prosecuted nor convicted for her alleged drug use.

The U.S. Department of Homeland Security-Customs and Border Protection could not directly address Lawson’s case because of the Privacy Act. But, they did explain in a statement how the law may affect cases such as hers.

Nigella Lawson testifies that ex threatened to destroy her >>

“Applicants for admission bear the burden of proof to establish that they are clearly eligible to enter the United States,” the statement read. “In order to demonstrate that they are admissible, the applicant must overcome all grounds of inadmissibility.”

According to U.S. law, foreign citizens can be denied entry over drug offenses whether they have been charged or not. But, a U.S. Embassy spokesperson told People magazine that while they can’t get into specifics they “don’t see this as barring travel to the U.S.”

The rep added that Lawson is allowed to apply for a visa if she so chooses, and they don’t foresee the matter as a lasting issue.

“We understand that she has professional requirements for travel into the U.S.,” the rep continued. “We handle these matters routinely and expeditiously. I don’t think that this is something that drags on and on.”