Bill Murray brought his bucket list to David Letterman last night, and got to knock off one major item: taking a selfie with Lady Gaga. 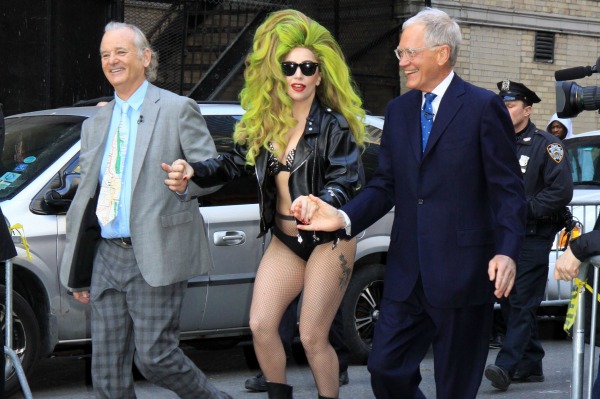 The always-entertaining Bill Murray invaded The Late Show with David Letterman last night to tick a few items off his bucket list, and one in particular really made the night of the show’s audience.

Explaining that the list is just preemptive — as far as he knows he is not going to die anytime soon — he brought his A-game to the show, telling a timely joke about Russia and Vladimir Putin’s recent divorce, a whole bit about Martha Stewart, and then the highlight of the night: meeting Lady Gaga.

Bill Murray: Shia LaBeouf must have gotten beaten up a lot >>

After the bit, Mother Monster invited the whole crowd across the street to the Roseland Ballroom for a private concert!

“Hey, what are you guys doing tonight, ’cause I have a show across the street and if you want to come over, I’ll bring you. You can see the performance. I’ll bring the audience,” she said. “You can come over and I’ll sing you some songs.”

The Grand Budapest Hotel star is making quite a splash in public lately. In addition to rocking an amazing pair of PBR pants at a golf tourney last week, he was spotted singing “House of the Rising Sun” at his Murray Bros. Caddyshack Restaurant.