Country music legend Willie Nelson is happy once more because his beloved stuffed armadillo mascot has been returned after it was stolen. 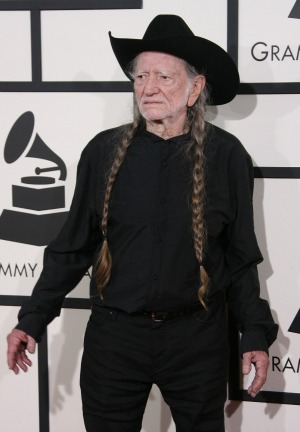 Country music veteran Willie Nelson can rest easy once more because he’s been reunited with his beloved stuffed armadillo mascot.

The 80-year-old star was distressed after learning that his onstage mascot had gone missing from his show in the Las Vegas, Nevada, area on Monday.

And the “On the Road Again” singer requested the help of officials to try and help him locate the missing armadillo that is fondly named Ol’ Dillo.

According to the New York Daily News, officials at the Westin Lake Las Vegas resort in Henderson said the stuffed armadillo had been kidnapped while Nelson greeted fans after his performance on Monday night.

And when the country singer and his crew realized Ol’ Dillo was missing, they immediately called the resort to see if they could find the culprit.

Westin’s bosses were quick to react and checked the surveillance videos in the hopes of finding the person who had taken the stuffed armadillo, but luckily, they did not have to wait long before they located it.

According to the New York Daily News, Westin marketing director Matt Boland says he was outside the hotel on Tuesday morning when a very sorry man handed him a shoebox that contained Nelson’s beloved armadillo as well as the instruction to give it back to the country singer.

Ol’ Dillo was promptly shipped off to California, where Nelson is on tour. We’re glad Ol’ Dillo has been returned to his rightful owner, and according to Billboard, so is he.

“I’m back,” Ol’ Dillo reported on his Facebook page. “The showgirls were nice.”