As one half of Modern Family’s dynamic duo of Mitchell and Cameron, Jesse Tyler Ferguson steals our attention every week. And, after speaking with the benevolent actor about his collaboration with Feeding America to launch the Great American Milk Drive, well, he’s stolen our hearts, too.

As Mitchell Pritchett on Modern Family, Jesse Tyler Ferguson cracks us up as the low-key foil to his ever-dramatic partner, Cameron. But when we caught up with the four-time Emmy-nominated actor, we gave our giggleboxes a rest (for the most part, at least) to chat about a serious issue: the fact that our nation’s food banks are facing a major shortage of vital milk donations.

“I actually learned a lot this week myself,” Ferguson admitted. “I didn’t know that there was such a nutrition deficit in food banks right now, and there really has been forever. You know, families aren’t getting the nutrients they need — they’re not getting the nutritious donations at the food banks. The number-one requested item is milk, and the average family needs 68 gallons of milk a year to get the proper nutrients… and they’re working on one gallon a year, so that’s a huge deficit.”

With hunger impacting one in six Americans, including a staggering 12.5 million families without access to adequate nourishment, there’s never been a more apropos time for an endeavor that makes milk donation more accessible. 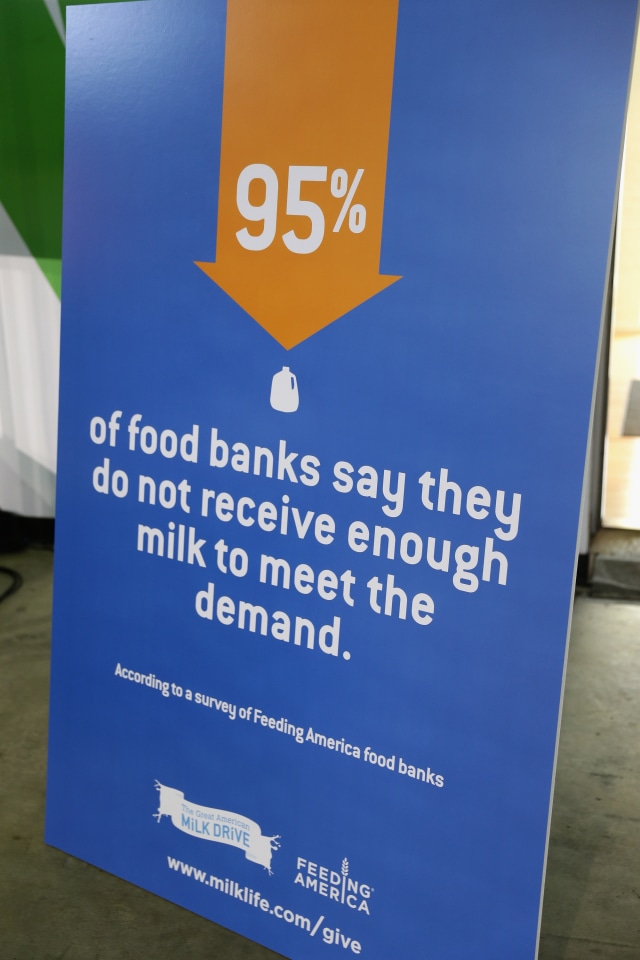 So accessible, Ferguson joked on Twitter, that he even pocket-dialed a donation. “Yeah, you can pocket-donate,” he laughed. Seriously, though, it really is just about that simple.

To donate, he elaborated, all you need to do is head over to MilkLife.com/Give or text “Milk” to 27722 and, by donating as little as $5, you can ensure a family in need receives much-needed milk.

“You know, it’s one of those things where, like, we all usually donate to food banks, and I happen to do it during Thanksgiving and Christmas time,” Ferguson said. “But I’m realizing it’s something that needs to happen year-round.”

Also, he points out, people need to remember that they can donate items other than canned goods.

“Families really need those fresh, nutritious ingredients, and milk is on the top of that list,” he emphasized. “I think, specifically for milk, it’s not something you think about when you’re going to a food bank. Sometimes I think it’s just perception that things sit on the shelf and stay there a while until a family needs them. But there are people coming through those food banks every day all day and those things fly off the shelves, and especially items like milk.”

A particularly great perk of donating through the Great American Milk Drive, says Ferguson, is the fact that you’re able to give families in need the number-one thing they’re asking for without ever having to pick up a gallon of it — it’s all taken care of for you.

“I don’t understand a thing about computers,” the actor laughed. “But apparently they can do so many things! They can figure out where you’re donating from and then they get the milk to a local food bank in your community, so you really are giving right back in your own community.”

As for the many benefits of milk, Ferguson can attest to them himself. When we asked him about his recent tweets about a particular fitness experience and how milk may have helped him maintain his stamina, Ferguson can’t help laughing. 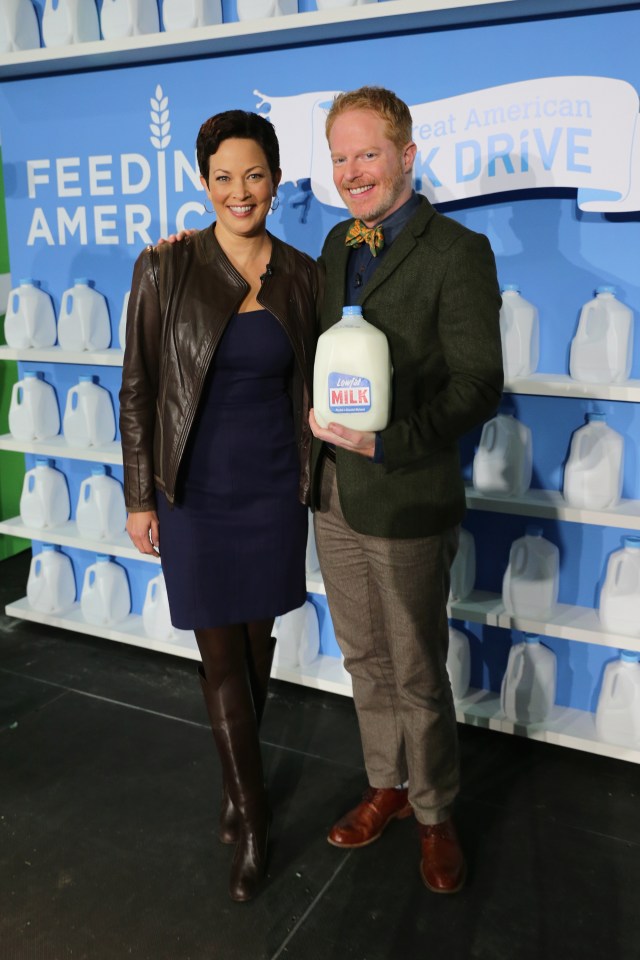 “Yes, yes… I did do my first Barry’s Bootcamp the other day, and it was an hour of torture,” he joked. “And I replenished with a lot of lean meats and a glass of milk… and some cold packs. And a smoothie.”

In 2012, he co-founded Tie the Knot with his husband, Justin Mikita, to raise awareness and money for marriage equality. “We’ve been able to donate lots of money in the past year to organizations like the Respect for Marriage Coalition and the Human Rights Campaign, and we’ve traveled to Illinois and New Mexico and brought awareness to marriage equality in those states,” he said.

For the couple, sharing their personal stories could mean the difference in people truly grasping the meaning of marriage equality.

“It’s just those personal stories that can really touch something in people and change minds, so it’s been a really exciting year for us at Tie the Knot,” he explained. “But we’re also looking forward to the day when Tie the Knot’s put out of business — when we don’t have to raise money for marriage equality because same-sex marriage is legal in all 50 states.”

As for his Modern Family fam, Eric Stonestreet (Cam) and the rest of the gang have been incredibly supportive of all of Ferguson’s charitable efforts. “My cast members have come to my launch events for the ties and have donated and have been really outspoken about their support for marriage equality, and it’s been really great having them support it. You know, every little bit helps when you’re trying to get the word out.”