May the fourth be with you, nerds. 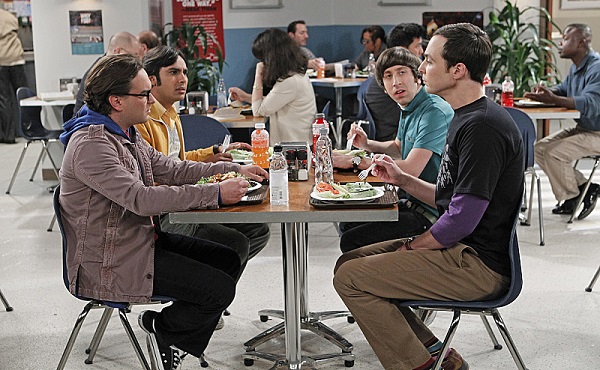 We’re going to need to hit Hot Topic and pick up a Star Wars shirt to wear for next month’s awesome Star Wars Day-themed episode of The Big Bang Theory. It’s the only way to celebrate since we can’t be there with the geniuses and their light sabers.

The Hollywood Reporter shared exclusive details on the episode and now we can’t wait to see it. According to THR, the cast and crew worked with people from Lucas Film to put together an extra awesome episode centered around all things Star Wars. Not only did the Lucas people add in their custom effects, but they loaned out a real light saber to TBBT to make the whole thing even more “real.”

Adding to the extra specialness of the episode, it will also usher in another appearance from television legend Bob Newhart. This time around, Newhart will come to Sheldon in a dream and serve as a sort of Jedi Master to the most awkward of the geeks. He’ll come in the form of one of the classic Star Wars characters though which character is still being kept under wraps. Our guess? Yoda. They certainly resemble each other. (We mean that in the nicest way possible.) We can’t imagine Sheldon actually taking advice from anyone other than Yoda, either.

Preach it, sista: Kaley Cuoco is ready for a BBT wedding >>

Newhart told THR that he actually had to receive a Star Wars primer as the actor doesn’t know much about the franchise.

“I talked to Chuck [Lorre], Steve [Molaro] and [co-creator/EP] Bill [Prady] about it and they gave me the Phantom Menace so I knew what [Dagobah] would look like,” Newhart shared. “They explained to me what the light saber was and what it could do — and not to point it at Jim [Parson] because it would kill him!”

The TBBT geeks will build a Dagobah during the episode as their way of celebrating Star Wars Day. For those who don’t know, Star Wars Day is May 4. Why? A popular saying from the movie is, “May the force be with you,” which sounds a lot like, “May the fourth.” Upon realizing this, Star Wars fans adopted the day as their own.

The special episode of The Big Bang Theory airs on May 1 at 8/7c on CBS.