Natalie Dormer is in some of the biggest franchises out there right now, and she is showing who she really is in the new issue of GQ. 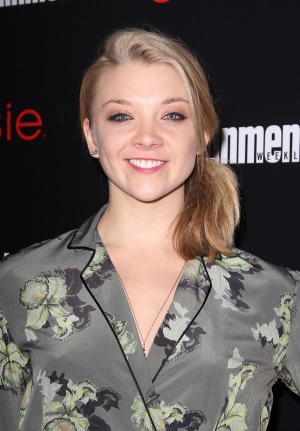 Although she has been on big and small screens for years, Natalie Dormer is about to become a household name. The Tudors and Game of Thrones actress appears in the newest episode of GQ, and wants to show who she really is.

The 32-year-old appears in the magazine in a sexy topless pose, and fans will also be able to see her new haircut: a half buzz-cut style she is rocking for her role in The Hunger Games: Mockingjay. Dormer will play Cressida, the head of the Capitol camera crew turned rebel, in the last two films of the series. She explains that the haircut was definitely not her idea, but it does give her “a s***load of attitude.

“I was a little bit nervous, because as women for some weird reason we have a lot of our identity bound up in our hair,” she told People. “But just to get rid of it was liberating.”

You can see Dormer on Sunday, April 6, when Game of Thrones Season 4 premieres on HBO. The Hunger Games: Mockingjay — Part 1 will be in theaters Nov. 21, 2014.

A camera was on set to catch Dormer’s GQ photo shoot. Watch her talk about how to date Natalie Dormer, and her favorite characters on Game of Thrones (and which character she definitely doesn’t want to date).