Drake Bell believes stars have a responsibility to keep their fans in check, and has little respect for celebs who never had to work for what they have. 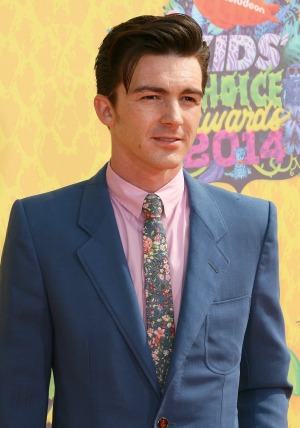 Drake Bell is at it again. The former Drake and Josh star is slamming celebs for not working for what they have and encouraging fans to be jerks — and he is naming names.

On his hit list are Ariana Grande, Justin Bieber and Lady Gaga. The actor-turned-rock star said the reason many celebs behave so badly is that they never had to work for what they have.

“I don’t think a lot of these young people have to work very hard,” Bell said in an interview with Buzzfeed. “They’re found on YouTube and, boom, thrown into the studio so they think they can get anything they want. Ariana Grande is a billionaire before she’s been an artist. You have to work to be able to appreciate what you have, and what work did she ever have to do in her life?”

He also took stars to task for encouraging their fans to behave badly, and he should know — he was the subject of a vicious Belieber Twitter attack in 2012.

“I can’t stand that, with a lot of the pop stars, there’s this idea of ‘Are you in our clique? Are you a Directioner or are you a Belieber? Oh, you’re not in our gang? Then you’re not cool and you need to go in a hole and die,'” Bell said. “I don’t understand it. And what’s worse is artists like Lady Gaga and Justin Bieber don’t come out and say, ‘I love having you as my fans, but you shouldn’t be acting this way.’ They just eat it all up, and I think it’s repulsive.

“If I catch one of my fans saying something improper, a gay slur or any derogatory term, I instantly tweet directly at them and say, ‘This isn’t how we do it,'” he continued. “Lady Gaga, who says she’s so anti-bullying, was on Stern and Howard read all of these awful, awful tweets her fans had been sending him, [and] asked how she responded to her fans doing the exact antithesis of what she stands for. She said, ‘You have to understand, Howard, it comes from a place of love. They don’t want to see me get hurt.’ I couldn’t believe she didn’t take a second to address her fans and say how disgusted she was they’d do something like that. But none of them do that. Justin Bieber just tweets, ‘Yeah, Beliebers, go hard,’ when they’re attacking somebody. Ariana Grande’s fans told Perez Hilton that he and his son needed to die and get cancer, and she just fed it. It’s disgusting.

“We didn’t sign up to be role models, but we are,” he explained. “Artists like Justin Bieber or Lady Gaga have more sway over popular minds than a politician. They could get on a pedestal and say, ‘This is how you should treat people,’ but instead [Bieber’s] going around telling kids that as long as you have enough money and swag, you can do whatever you want. Instead of working to change the world, [he’s saying,] ‘Work to get as much money and power as possible because then you can do whatever you want and no one can say anything to you.’ I just think that’s a gross, awful, terrible message,” he said.

Tell us: Do you agree with Drake Bell?