Kim Kardashian flaunted her rock video siren skills by flipping her hair in slow motion in a pool while on vacation. 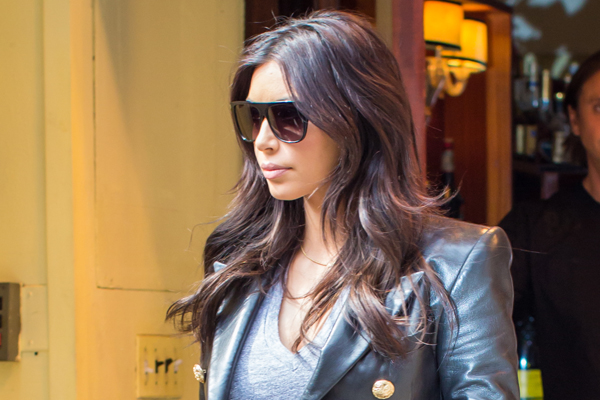 Posting yet another bikini image of herself, Kim Kardashian shared a video that showcased her ’80s rock video starlet moves by flipping her wet hair in a slow-motion sequence.

Kardashian added to her collection of skimpy clothed and bikini-clad images she’s been growing during her Thailand vacation by posting a video of herself on Instagram. The clip shows the reality maven taking a slow-motion dip and flipping her long wet mane in a luxury pool.

The video shows a bikini-clad Kardashian resurfacing from underwater in a gorgeous outdoor pool to the sounds of Tinashe’s “Boss.” The clip then switches to a short shot of Kardashian doing a perfect wet-hair head flip, which is repeated twice.

The whole video is just seconds long and is apparently a teaser for something else to come. Under the clip, Kardashian wrote, “Coming soon,” giving a hint about what the strange video is all about.

Kardashian and her sisters have all been posting countless photos of their holiday in Thailand, unsurprisingly all of them in swimming gear. Khloé shared a sexy shot of herself wearing a sailor-inspired suit while on a boat ride, while Kendall showed off her model figure as she took in the sun. Kylie flaunted her slim shape as she rode an elephant and Kim posted another bikini photo showing her curves in a blue two-piece while on a rocky beach.

But the most entertaining shot of all came when Kardashian attempted to take a selfie of herself in front of an elephant when the animal decided to blow into her hair with its trunk.