Regina Spektor’s baby joy is breaking our hearts. The songstress has opened up a wee bit about her newborn son, but don’t get your hopes up for a peek at him. 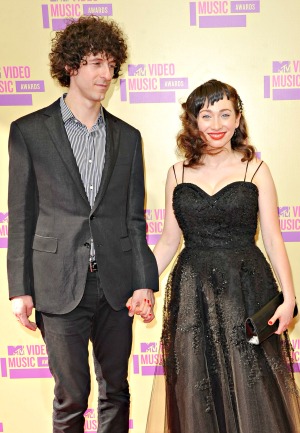 Regina Spektor is a new mom. The singer and husband Jack Dishel have become parents with the arrival of a baby boy.

Taking to her official Facebook page Monday, the brunette with the killer pipes and quirky style announced the happy news by sharing, “Hi everyone!

“I wanted to let you know that Jack and I have been happily hanging out with our new little son and that all is going great! Thank you for the tons of well wishes and good vibes- we wish them all right back at ya.”

Though the duo, who wed in 2011, has shared their baby news with the world, fans won’t be treated to further information about their boy.

Declining to reveal their baby’s name, Spektor added, “As you may have noticed, we’re pretty private so we won’t be posting any pictures or updates about him….but we can report that he’s super CUTE!!!”

The Grammy-nominated singer, who you may recognize as the talent behind Orange Is the New Black‘s “You’ve Got Time” main title theme song, skipped the 2014 ceremony due to her pregnancy.

Dropping the baby bomb on fans in January, Spektor wrote, “I would have definitely gone to L.A. for all the fun, in a party dress and with bells on, if I wasn’t so super pregnant at the moment (!!!!!!!!!!). Jack and I are very excited to be expecting a brand new human together.

“I’ve been spending most of my time writing songs, dreaming up the new record, cooking soup, eating soup, and being very grateful for the people in my life — family, friends, and you … So I’m glad to share the news.”

Here’s hoping that although we’re out of luck for a look at baby Dishel, we’ll soon hear some of those new, motherhood-inspired songs.

If you were in Regina Spektor’s shoes would you also choose not to share your baby’s name and photos?