Halle Berry has squashed all the split rumors about her and her husband Olivier Martinez because she has nothing but compliments for him, and she couldn’t wait to reveal how delicious he is. 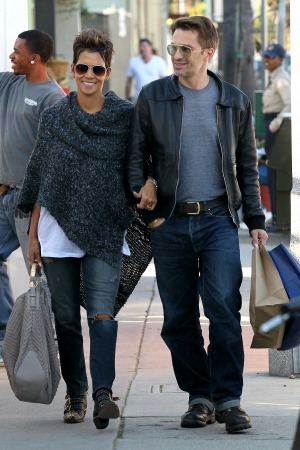 It’s always nice to hear celebrities compliment their significant other, especially when there are rumors that their relationship is in trouble.

Halle Berry has put an end to the speculation that things between her and her French husband Olivier Martinez were rocky because she has nothing but compliments to say about her man.

The Monster’s Ball actress shed a little light on her family life and expressed how proud she is of her husband during a new interview with Extra TV.

The 48-year-old actor managed to land a new role in ABC’s hit series Revenge, and Berry could not be prouder.

“Last week I watched his premiere and I’m going to watch it again tomorrow. I’m going to follow his little arc along and yeah, I’m very, very proud of him,” Berry said.

“[The show] is kind of delicious … and I think he’s delicious,” she added.

Previously, there were rumors that the couple had decided to call time on their marriage and that Martinez had even moved out of their shared Beverly Hills, California, home.

According to Showbiz Spy, a source claimed, “Olivier thinks Halle is too focused on work and losing the baby weight instead of their family. He’s been crashing at a friend’s house.”

However, if the 47-year-old beauty’s recent interview — in which she promoted her latest movie Frankie & Alice — is anything to go by, then it appears the couple are still happy. Just five months ago, Berry gave birth to her first child with her husband, a son named Maceo, and she was thrilled to gush about her new bundle of joy.

“I just feel great because I have another baby,” she said. “I never thought that at my stage in life another baby — and a baby boy — was coming to me, so yeah, I’m blessed.”

So what does Berry’s little girl Nahla, 6, think about having a baby brother?

“It’s like one of her doll babies came alive. She gets to take care of him, feed him, change his diapers, play with him, dress him up in different clothes like five times a day because she can, so she loves it,” the star gushed.