Oh, celebrities and their morbid fascination with themselves and posting themselves on Instagram. April Fools’ Day was just another day of social media self-love for these celebs, or was it? 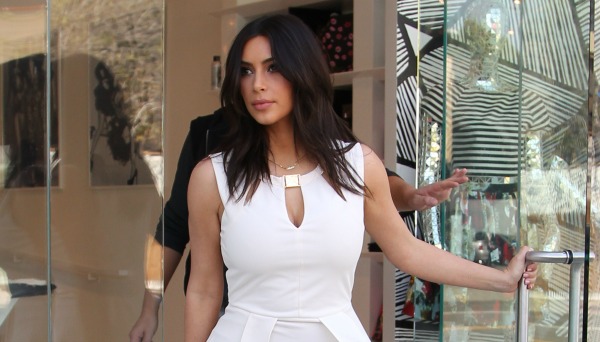 So Khloé Kardashian posts that amazing picture of herself in a one-piece bathing suit on vacation, and Kim Kardashian (never to be outdone) retaliates, er responds, with her own boat photo shoot, which started the day before April Fools’ Day. On AFD, we were treated to a video of Kanye West’s baby mama pretending to be in a music video or a feminine hygiene commercial — we can’t decide which. We think she’s serious, but since it was AFD, she’ll probably say it’s a joke when the haters verbally abuse her for this.

Miley Cyrus‘ April Fools’ Day/Instagram joke was to pretend to fight Avril Lavigne over who is the most famous person in Canada. First of all, be warned of the NSFW language. Secondly, does Cyrus kiss her mother with that mouth? Wow. Lastly, April Fools’ joke, or just everyday, run-of-the-mill fools’ joke?

Lately, Madonna‘s been showing us more than we ever really wanted to see of her backside on Instagram, so why should AFD be any different? Here, Madge tells us to make like a banana and split. She doesn’t have to ask us twice.

Madame Hilarious, Ellen DeGeneres, spiced up her afternoon April Fools’ Day talk show with a visit from the tooth fairy. The tooth fairy talked about how she had to leave the Kardashians diamond bracelets when they lost their teeth, and when the tooth fairy ad-libbed, DeGeneres reminded the tooth fairy to stick to the script. The fairy of lost teeth departed the show by hitting DeGeneres up for $1 million.