Kaley Cuoco has come clean about her breast implants. The newly-married star not only admitted she has had work done, but she has no regrets about it whatsoever. 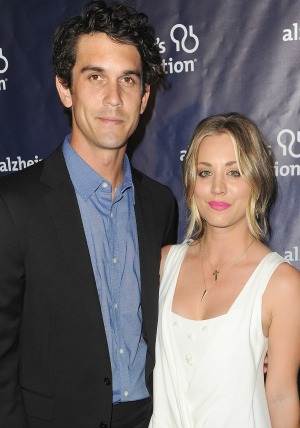 Kaley Cuoco boob job rumors are gossip no more. The actress, who opened up to Cosmopolitan magazine for their April 2014 issue, has confirmed she opted for plastic surgery years ago.

The now-28-year-old newlywed, seen here with husband Ryan Sweeting by her side in late March, told the women’s mag getting breast implants at the age of 18 was the “best decision [she] ever made.”

CBS negotiates for much more of The Big Bang Theory >>

Cuoco previously delved into the topic of celebrity plastic surgery for Entertainment Tonight as a correspondent. In 2002, two years before she went under the knife, the young beauty told viewers, “I’m only 16 years old but I can understand why many other stars have chosen to change their looks.”

Check out the throwback video of the stylish star‘s reporting here:

Is it just us, or has this beauty hardly aged in the past dozen years?

Kaley Cuoco is “not effing pregnant!” Is that clear? >>

Kaley Cuoco’s honesty about her breast implants is being praised by the Cosmo team.

Fashion director, Aya Kanai, praised the former 8 Simple Rules for Dating My Teenage Daughter star’s admission by saying, “Not only is she honest about all the wonderful and great things that she loves about her life, but she’s also open and honest about the things that she wanted to change.”

Check out more from Cuoco’s Cosmopolitan interview here, and look for the print edition of her cover to arrive on newsstands April 8.

Do you think stars should come clean about plastic surgery, or do they have a right to keep it a private matter?