Chris Brown is in a bunch of trouble, but it just got worse. A judge has ordered him into federal custody. 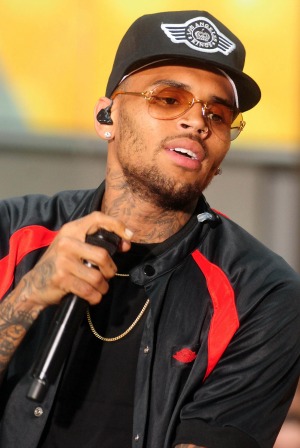 The ongoing saga that is Chris Brown’s legal troubles is continuing. He was recently sent back to jail after being kicked out of rehab. The treatment was a part of his probation agreement in connection to his 2009 conviction for an assault on then-girlfriend Rihanna. When he was kicked out, he was technically breaking his probation requirements.

But now, Brown is fighting to stay in California. According to the Los Angeles Times, one of his charges is from an alleged assault in Washington, D.C. and a D.C. judge wants him back there. He is accused of assaulting a man who was trying to take a picture of him outside a hotel.

The judge in that case authorized federal marshals to bring him to a D.C. court for his April 17 trial. But Brown’s attorney is having none of it. Mark Geragos has filed papers to try to keep Brown in California, claiming he wouldn’t be able to confer with his client.

Geragos explained that if the trial is postponed, then Brown will be stuck in the nation’s capital. He submitted a motion asking for the judge’s motion to be blocked altogether, or for Geragos to be able to escort him to D.C. for the trial.

“We have no assurance he would make it in time for the trial,” Geragos explained. “Then, we’ve got no ability to get him back here. I don’t want him languishing [in D.C.].”

The upcoming trial in Washington, D.C. could be even more bad news for Brown. He is still facing consequences for the 2009 crime, and if he is convicted in the new assault case, his Los Angeles judge could sentence him to up to four years in prison for breaking his probation.