Years after the last Harry Potter film, J.K. Rowling has announced one of her spinoff stories will make it to the big screen. But now we know it will be not just one film, but three films. 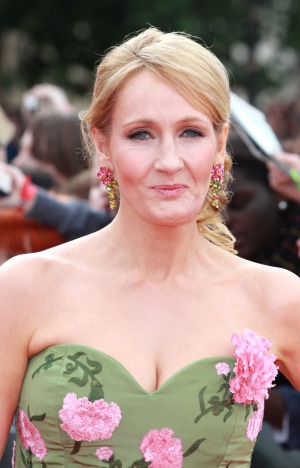 Harry Potter fans finally have some new stories to look forward to from the one and only J.K. Rowling. The author announced last September she would be bringing Fantastic Beasts and Where to Find Them to the big screen, but now we know the story will be in the form of a trilogy.

The story comes from her 54-page textbook for Hogwarts, which she wrote back in 2001, and follows “magic zoologist” Newt Scamander. The story is based in New York City, seven decades before Harry Potter.

“Fantastic Beasts and Where to Find Them is neither a prequel nor a sequel to the Harry Potter series, but an extension of the wizarding world,” Rowling wrote on her Facebook page back in September. “The laws and customs of the hidden magical society will be familiar to anyone who has read the Harry Potter books or seen the films, but Newt’s story will start in New York, seventy years before Harry’s gets underway.”

Although Harry Potter fans already knew a project was coming, it was Warner Bros. CEO, Kevin Tsujihara, who revealed what form those stories would take. He told the New York Times over the weekend that Fantastic Beasts and Where to Find Them would be a trilogy. He said that Warner Bros. is counting on the films to be as popular as the three Hobbit films.

Although anything by J.K. Rowling will likely be popular on its own, it got a big endorsement by one of Harry Potter‘s biggest stars. Emma Watson told MTV she may appear in the new films.

“I would definitely be up for a cameo!” the actress said.

Watson’s character, Hermione, can’t make an appearance, because she wouldn’t have been born in time for the film (by decades), but Rowling has said she would be happy if Watson, Daniel Radcliffe and Rupert Grint appeared in the films, but only if they were in heavy makeup.