One kid is married and the family is looking at two other weddings in their future. Find out which Duggar girls are being courted. 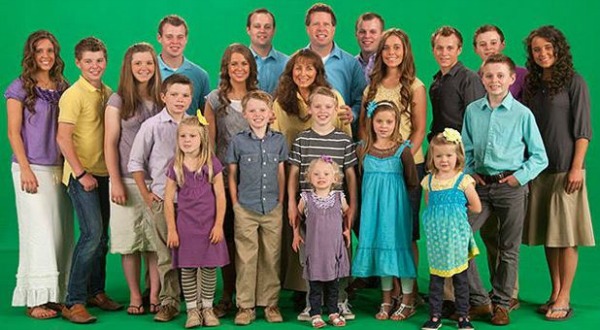 The Duggar daughters are lining up for marriage. This time, it’s 22-year-old Jill who is being wooed by a man introduced to her by her dad, Jim Bob.

Derick Dillard is officially in a courting relationship with the 19 Kids & Counting star after her dad set up a Skype date for the couple. The 24-year-old was doing missionary work in Nepal at the time.

Jill spoke to People, “I was really impressed with his character and I was surprised how much we have the same vision and life goals. He’s a great guy.”

It sounds like a match made in heaven and, obviously, her dad approves.

The dad of 19 shared, “I had gotten an email from Derick a few years ago and gave him my phone number so he could share the work he was doing in Nepal. I was impressed with him as I got to know him over the years. He sounded like an amazing young man. I felt like from the beginning, they had similar personalities and goals. I thought they would hit it off.”

Based on the family’s religion, the couple will be chaperoned and they will have limited physical contact, with no hand-holding or kissing allowed. That is OK with both Jill and Derick, though.

She explained, “We got to know each other in the first few months pretty quickly. I was in love with someone I had never met in person, but we really knew each other well.”

In fact, Jim Bob took Jill to Nepal to meet Derick face-to-face. That is when their love blossomed and the official courting began. The young man is now working as an accountant and living in Rogers, Arkansas.

For Jim Bob and his wife, Michelle, there may be more than just one wedding in the household soon. Their 20-year-old daughter, Jessa, is also being courted by a young man. It’s going to be an expensive year for the Duggars.