It was fun while it lasted. Chelsea Handler’s manager reveals that the comedian is leaving E! to pursue other opportunities. 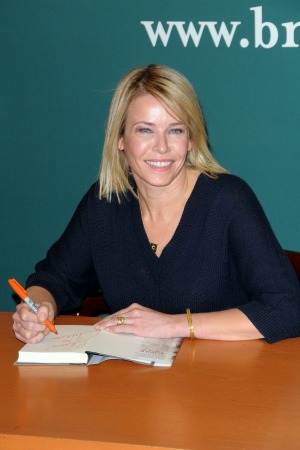 She’s the only women currently in late-night television, but it looks like Chelsea Handler is exiting the network that put her on the map. According to a Hollywood Reporter interview with Handler’s manager, Irving Azoff, the comedian will leave at the end of her contract.

Her show, Chelsea Lately, began eight years ago and she has gone on to great success as a best-selling author with her new book, Uganda be Kidding Me, currently at the top of The New York Times best-seller list.

Her manager spoke candidly with the entertainment trade paper. “Chelsea intends to leave when her contract expires. She hired me to figure out her life after E! We have at least seven suitors and many ideas.”

Some of the ideas they are shopping around include a radio show and continuing her late-night presence on another network or digital platform. E! seemed a bit terse when it came to commenting on the story.

They told THR, “Chelsea has nine months left on her contract and E! will not comment on the future of Chelsea Lately at this time.”

For Handler, she has been quite vocal about her displeasure with the direction of the entertainment network. In an early March interview with Howard Stern, she explained that E! was “a sad, sad place to live.”

She then added, “They don’t know what they’re doing. They have no ideas. It’s a failure.”

However, she might want to rethink some of her strategy. Her ratings have shrunk over the past few seasons and ad revenue is down 15 percent, according to Kantar Media. Will the move justify a bigger salary over the $9 million she is currently receiving from E!?

Azoff certainly thinks so and the duo is moving forward with plans beyond the cable network. Besides her new book, Handler is shooting her first stand-up special in June at Chicago’s Harris Theater. That special will air in October.