Ellie Goulding and Zedd will perform songs from the Divergent soundtrack at the 2014 MTV Movie Awards. 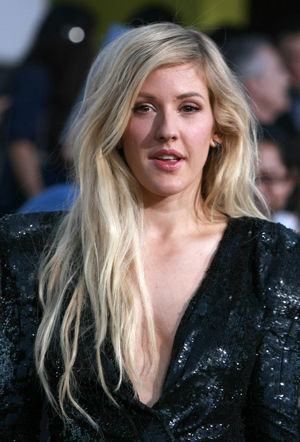 A new announcement from MTV reveals that Ellie Goulding and Zedd will be hitting the 2014 MTV Movie Awards stage to perform songs from the Divergent soundtrack.

Joining the presenters already announced earlier, who include Cameron Diaz, Leslie Mann and Kate Upton, additional performers have also been named today by MTV. Goulding and Zedd will bring their respective Divergent songs to the stage, including Goulding’s hit single “Beating Heart” and Zedd’s “Finding You.”

When told that his song would be featured in the hit film’s soundtrack, Zedd was “beyond stoked,” and he was ecstatic that he’d get to perform it live at this year’s MTV Movie Awards. Zedd will be joined by Matthew Koma and Swedish vocalist Miriam Bryant to perform his track.

“Getting to perform the song live at the MTV Movie Awards with Matthew and Miriam is a total thrill we’re really looking forward to sharing with the fans!” Zedd added.

MTV also announced on April 8 that Rihanna and Eminem have signed on to perform their song “Monster” together.

Mark Wahlberg to be honored with MTV’s Generation Award >>

Divergent came out too late to be nominated for the popular awards show this time around and will have to wait until next year for any possible MTV Movie Awards. However, the film’s presence will be widely felt with live music from the blockbuster movie.

Other acts set to perform include twenty one pilots, who will sing their hit single “Car Radio,” with additional performers to be announced at a later date.

Nominees up for MTV Movie Awards this year include The Hunger Games: Catching Fire, American Hustle, 12 Years a Slave, The Wolf of Wall Street and The Hobbit: The Desolation of Smaug for films. Actors nominated include Amy Adams, Jennifer Lawrence, Bradley Cooper and Matthew McConaughey.