Anderson Cooper admits he wouldn’t be so motivated if he knew he had money coming his way from his mother Gloria Vanderbilt. 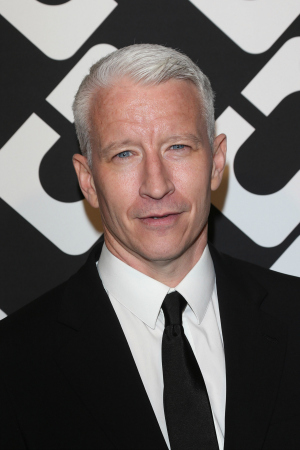 Howard Stern usually gets the most interesting and scandalous bits from his radio show guests and his latest is no exception. On Monday, March 31, Anderson Cooper sat down with the infamous radio personality during his Howard Stern Show and confessed that he will not be receiving any sort of inheritance money from his mom Gloria Vanderbilt.

Cooper is a respectable and accomplished triple threat with his own CNN news show who will likely be just fine without any sort of trust fund. But even if the 46-year-old talent had some money coming his way, it doesn’t sound like he’d take it, calling the ritual an “initiative sucker” and a “curse.”

“Who’s inherited a lot of money that has gone on to do things in their own life?” he asked Stern. “From the time I was growing up, if I felt that there was some pot of gold waiting for me, I don’t know that I would’ve been so motivated.”

Stern was unbelievably shocked at Cooper’s revelation and even questioned the anchor on what Gloria plans to do with her fortunes, to which Cooper remained clueless. “I have no idea,” he told the shock jock.

In the end, Cooper’s wealth and growing empire appears to be trailing a path that is similar to his mother’s as he admitted that Gloria made more money in her own life than the amount she actually inherited.

But will Cooper consider breaking the no-pass-down tradition with his own children? “If maybe I felt like they had a good sense of responsibility, maybe I would try to leave some money.”