The music world is mourning the death of one of the founding fathers of house music. Frankie Knuckles has died at age 59. 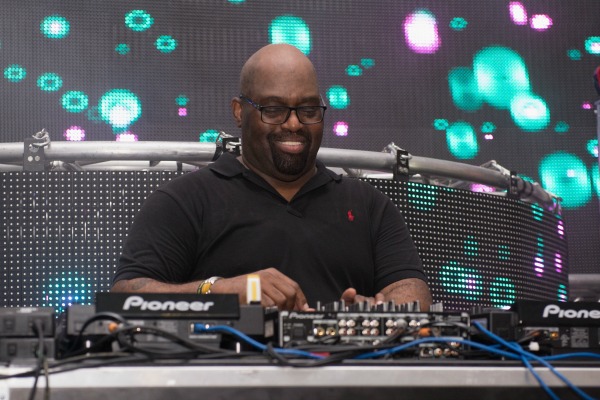 The sad news of Knuckles’ death was confirmed by his business partner Frederick Dunson to the Chicago Tribune. According to Dunson, the house music legend had “died unexpectedly” at home on Monday afternoon. While the official cause of death is still unknown, some reports suggest it was from complications related to type 2 diabetes.

“The Whistle Song” hit maker pursued his love of house music first in New York City and then Chicago during the ’70s, and he is considered to be one of the founding fathers of house music and a dance music innovator who went on to become an internationally celebrated DJ in the club scene.

Knuckles was not short of accolades: Not only did he have a Grammy Award under his belt but he also worked with some of the biggest stars in the music industry, including the late Michael Jackson and Whitney Houston as well as Depeche Mode, Toni Braxton and Diana Ross.

The 59-year-old music legend was respected by many in the industry and fellow musicians from across the world have paid tribute to Knuckles since learning of his passing.

DJ and producer David Morales took to Twitter to say, “I am devastated to write that my dear friend Frankie Knuckles has passed away today. Can’t write anymore than this at the moment. I’m sorry.”

Trance DJ Markus Schulz also expressed his sadness with a tweet, saying, “RIP Frankie Knuckles. One of the most beautiful human beings to have ever graced this earth. I’ll miss that smile.”

Other messages included tweets from DJ Vince Lawrence, Tim Burgess and DJ Bad Boy Bill among many others. Producer Duke Dumont also mourned Knuckles’ passing, tweeting, “RIP Frankie Knuckles ..had the honour of working with you last year,,,, Eternally grateful for laying the blueprint, that is House.”

The news of the DJ’s passing has come as a deep shock to fans and fellow musicians alike, as Knuckles just recently played a set at London’s Ministry of Sound on March 29.

Our thoughts are with all those who loved DJ Frankie Knuckles.