The news that Chris Martin and Gwyneth Paltrow have decided to end their marriage has come as a shock. But now the question on everyone’s minds is why, and are the Coldplay frontman’s new lyrics coincidental or telling? 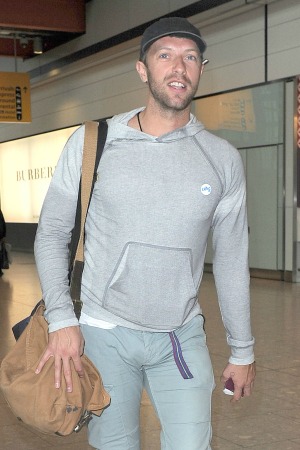 It’s never all that surprising when we hear of Hollywood couples deciding to end their relationships, but the news of Chris Martin and Gwyneth Paltrow opting to call time on their marriage came as a bit of a shock.

There has been speculation as to why the pair decided to call it quits after 11 years of marriage and among those reasons are rumors of the Iron Man actress’ infidelity.

Images previously emerged of Paltrow reportedly getting cozy with her ex-lover Donovan Leitch just a few months before her split, and now the question on everyone’s minds is did she cheat on the Coldplay frontman?

Well, if his latest album is anything to go by, then maybe? Martin sings about the pain of infidelity on a new track called “Another’s Arms,” which is featured on Coldplay’s Ghost Stories. And since the couple have just announced that they will be going their separate ways, many people are now wondering if the song is all about his former lover’s indiscretions?

Of course, there is no way of knowing if the lyrics are true to life, and it could well just be a coincidence in the wake of the split. According to Contact Music, the “Fix You” singer’s lyrics read, “Late night watching TV, used to be you here beside me, your body on my body. When the pain just rips through me. Another’s arms, another’s arms.”

Could it all just be coincidental at the time of the pair’s “conscious uncoupling” or could Martin’s lyrics have a deeper meaning?