Mike “The Situation” Sorrentino is back! The former Jersey Shore star is set to star in a new docuseries about his life post-rehab, his family and what happened to him after his rise to stardom. 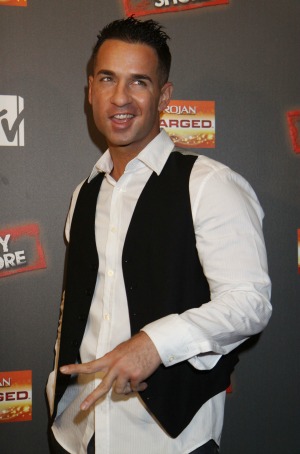 Did you think you’d seen the last of The Situation? Well, you were wrong because Mike “The Situation” Sorrentino is headed back to our TV screens with a new reality show.

Fans of Jersey Shore will be thrilled to learn that Sorrentino will be joining forces with the members of his family — mother Linda, sister Melissa and older brothers Marc and Frank — for a brand new eight-episode program commissioned by TVGN and titled The Sorrentinos.

So what can viewers expect to see? Well, according to Us Weekly, the reality TV “docu-comedy” will document the 31-year-old star’s “meteoric rise” on MTV’s franchise from 2009 to 2012 and what happened to him as well as his struggles to get clean post-rehab.

It was previously reported that Sorrentino checked into a treatment program after suffering from prescription medication addiction in March 2012, and Sorrentino previously confessed to MTV News that he had been having a tough time post-treatment.

Brad Schwartz, entertainment division president for TVGN, revealed his excitement about the upcoming program, saying, “We’re excited to take viewers, who met Mike in a very different time and place of his life, and bring them along for this ride with The Sorrentinos.”

“Family is everything and it’s something people universally come back to no matter who you are and what you do. Fame just makes the stakes higher and more public.”

And what does Sorrentino have to say about his latest TV venture?

“The reality of the situation is… for the first time, fans and the general public, will be able to see and, well, meet Michael Sorrentino,” Sorrentino explained of his new show. “This next chapter of my life is about sobriety and family, and I’m stoked to take people on this journey with us.”

Production is scheduled to begin this week, and we’re sure it won’t be long until we see The Situation back on our TV screens.