Chris Evans is known for his superhero roles, and many believed when his latest run as Captain America was over, his acting career would end, too. So what does Evans have to say about these rumors? 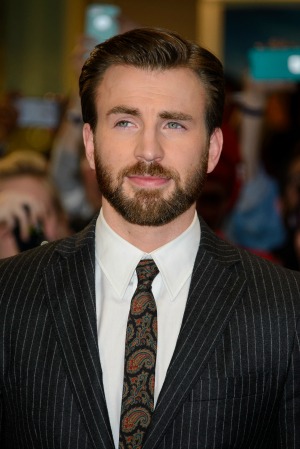 There have been rumors that Captain America himself, Chris Evans, will be leaving the acting world. However, the 32-year-old actor would like to set the record straight.

Evans has been enjoying immense success as his current superhero character, and many believed that once his run as Captain America was over the actor would retire from the acting world and instead opt for a role behind the camera as a director.

That may seem a little odd since the Captain America: The Winter Soldier star is in such high demand right now, but Evans really has a passion for directing.

The confusion all started when Evans gave an interview to Variety magazine earlier this month in which he confessed his love for directing, and his quotes were pretty easy to misinterpret.

“I’ve known for a while I wanted to direct. But [time] never really opens up,” Evans told Variety. “There’s another movie to do, there’s another acting job. It just got to a point where I was like, you know — I have to do this.”

“If I’m acting at all, it’s going to be under [a] Marvel contract, or I’m going to be directing,” he told Variety. “I can’t see myself pursuing acting strictly outside of what I’m contractually obligated to do.”

However, fans do not have to worry about not being able to see their favorite actor on-screen because Evans has decided to put an end to all the retirement speculation.

In an appearance on Good Morning America on Monday, Evans addressed his previously misinterpreted comments he’d made to Variety, explaining, “I said that I directed last year and I really responded to it. I really enjoyed it, and I’d love to focus a little more on that.”

“[Suddenly I’m] retiring, hanging up the shoes, I guess!” he joked. “By no means am I planning on retiring. It’s kind of a silly statement. But I certainly am going to try to focus a bit more on directing at this point.”

And we’re happy to hear that Evans won’t be going anywhere anytime soon!