With her husband freshly out of rehab, Tori Spelling will give fans a glimpse into her family life as she attempts to heal her marriage. 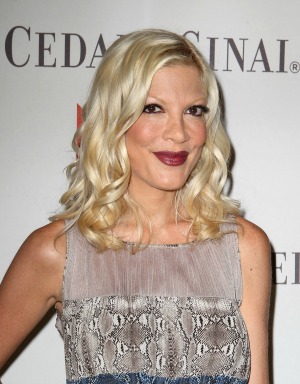 It’s been a rough couple of months for Tori Spelling, and we are about to get an up-close-and-personal inside look. The Lifetime channel is set to air True Tori, a docu-series chronicling the life of Spelling and her husband, Dean McDermott.

Unfortunately, the union of Spelling and McDermott has faced some challenges recently that would be hard for any marriage, however good it may be for TV.

In December, rumors began to surface that McDermott had cheated on Spelling while in Toronto promoting the show, Chopped Canada, for which McDermott has a new hosting gig. Then, in January, 47-year-old McDermott checked himself into rehab and it was speculated the reason was sex addiction.

“I’m truly sorry for the mistakes I’ve made and for the pain I’ve caused my family. I take full responsibility for my actions and have voluntarily checked myself into a treatment center to address some health and personal issues. I am grateful to be getting the help I need so I can become the husband and father my family deserves,” McDermott said upon entering treatment.

And it seems that the documentation of the famous household starts just as the family is reunited.

“Airing just three short weeks after cameras began filming, the show will document the couple in almost real-time as they navigate the unknown road ahead, beginning when Dean leaves treatment,” according to the press release.

While the former Beverly Hills 90210 star has been very vocal about the fact that she will not let her marriage go quietly into the night, there’s also been talk swirling that Spelling would actually prefer to separate from McDermott, but sadly cannot afford to do so.

“Tori has said she would file for divorce from Dean, but she is afraid she would go broke,” a source said in January. “The couple has no prenuptial agreement, and Tori is the sole breadwinner. Dean wouldn’t settle for anything less than joint custody, and Tori would be forced to pay him spousal and child support. It’s a really sad situation for Tori and the kids.”

True Tori will make its debut on Lifetime April 22 at 10 p.m.