Wil Wheaton is a nerd and proud of it, and he is making sure future generations are growing up knowing it’s not OK to be bullied. 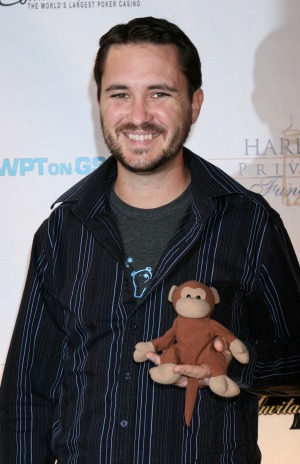 Wil Wheaton has become an unlikely, but popular, character on The Big Bang Theory, and he is showing us why. The actor, who grew up as Wesley Crusher on Star Trek: The Next Generation, answered a child’s question at Comic Con in Denver last June, and the video is just now going viral.

“When you were a kid, were you called a nerd and how did you deal with it?” a girl asked Wheaton during the panel.

“When I was a little boy I was called a nerd all the time because I did not like sports, I loved to read, I liked math and science and I thought school was really cool and it hurt, a lot,” Wheaton said. “Don’t let them make you feel bad because you love something.”

“It’s never OK when a person makes fun of you for something that you didn’t choose,” Wheaton continued. “We didn’t choose to be nerds. We can’t help it that we like those things, and we shouldn’t apologize for liking these things.”

Is Emma Stone’s fate sealed in The Amazing Spider-Man 2? >>

Wheaton’s speech lasted for more than 3 minutes, and he showed it’s obviously something he is passionate about. He explained to the little girl that being bullied is not her fault, so she shouldn’t take it personally.

“When a person is cruel to you, it has nothing to do with you — it’s about them feeling bad about themselves,” he added. “They feel sad. They don’t get positive attention from their parents.”

The crowd clapped many times throughout his speech and he ended it by assuring the girl that “it absolutely gets better as you get older.”