Selena Gomez has been in her new home for less than two weeks and she is already warding off trespassers. 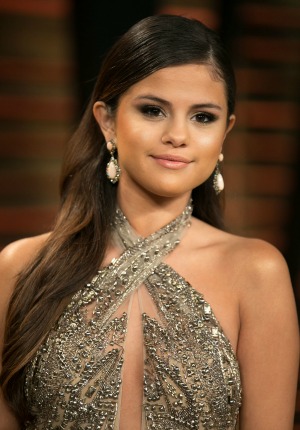 Selena Gomez moved into her new estate in a ritzy Los Angeles neighborhood just recently, and the young starlet is already dealing with unwelcome guests.

Gomez alerted her security to suspicious noises at the residence upon entering her home with a friend last night, according to TMZ. Before her team could check the perimeter, a man rang the doorbell and asked Gomez’s friend if she was home. He was told she wasn’t and appeared to exit the premises. Creepy.

Authorities were alerted and found that the 21-year-old man had, in fact, broken into the guesthouse. The suspect was arrested and charged with burglary and trespassing and is being held on $50,000 bail.

The “Love You Like a Love Song” singer just closed on the 7,200-square-foot Calabasas mansion last week. Could it be the purchase of such a sizable home was in preparation for the Biebs to move in? She is wearing a ring he gave her, after all.

Gomez can now count the Kardashian clan among her neighborhood folk. The family is not unfamiliar with home invasions: Both Khloé and Kourtney have had their homes raided recently as well. A sum to the tune of about $50,000 was taken from Kourtney’s home, which is located in the same upscale neighborhood as Gomez. Khloé was robbed of $250,000 worth of jewelry. It’s doubtful authorities will be looking to the Kardashian case for clues, though, as the burglaries are rumored to be an inside job.

The 21-year-old songstress recently posted a picture of herself prancing in the nude behind a sheer curtain. Perhaps the intruder was coming in for a closer look? Even Bieber has taken his obsession with Gomez to almost-stalker proportions; maybe the civilian couldn’t stop himself.