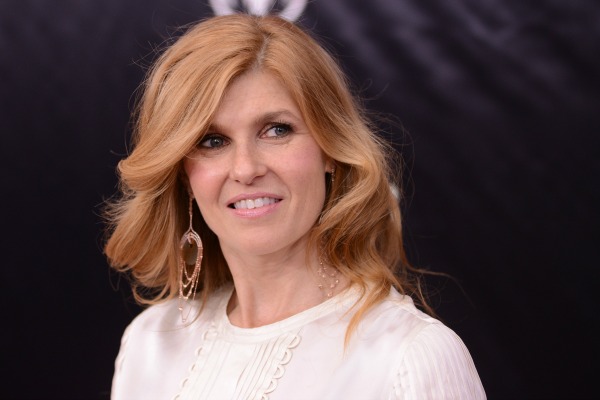 Yee haw! Connie Britton‘s done gone and got herself a Twitter.

Everyone’s favorite Southern mama put together a Twitter page today and she threw out a very tongue-in-cheek — but totally appropriate — first tweet.

Britton, who currently stars as Rayna Jaymes on ABC’s Nashville, and is also famous for playing the role of Tami Taylor on NBC’s Friday Night Lights, appears to be giving a nod to her Southern TV roots.

It’s only been about six hours since Britton’s soon-to-be-legendary first tweet and the actress is already riding high at upward of 31.1K followers. According to TIME magazine, 10,500 of those followers clicked the “Follow” button within 30 minutes of that first tweet. One of those thousands of followers is none other than Lindsay Lohan.

So far, the first tweet stands alone, but no doubt fans are already dreaming of what the actress will share next in 140 characters or less.

“I know it was being written and Peter Berg is really serious about it, so I think if everybody got on board, I don’t see why we couldn’t have a movie,” she shared previously.

Or, I’m sure we would all love to see some selfies of Britton and her nearest and dearest famous friends. We know she has some.

“Connie Britton deserves all the success she has achieved because she’s deeply committed to the process… coming to work every day knowing that she’ll be there — she’s just great to be around,” said Harry Connick, Jr. of Britton. They must still hang out, right?

We’re also hoping for some beauty tips, especially when it comes to hair. Britton’s famously-beautiful mane has had its own Twitter account much longer than the human attached to it, after all.

So, go on! Git and go take a gander at Connie Britton’s Twitter page and hope for some more updates. Y’all come back now, ya hear?