The 49th Annual ACM Awards has announced that The Band Perry, Miranda Lambert and George Strait will deliver special performances at this year’s ceremony. 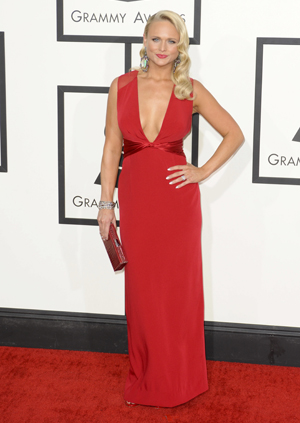 The Academy of Country Music Awards has announced that The Band Perry will be opening this year’s telecast ceremony, while Miranda Lambert and George Strait will perform a special tribute medley.

More performers at the 49th Annual ACM Awards are already being announced with The Band Perry, Miranda Lambert, George Strait and more kicking off special opening numbers and a tribute medley. The Band Perry will open the show with an “explosive performance” of their new song “Chainsaw,” while Lambert and Strait will honor Merle Haggard’s 50 years in country music with hits such as “Tonight the Bottle Let Me Down” and “I’m A Lonesome Fugitive.”

Garth Brooks will present Haggard with the Crystal Milestone Award, while Hunter Hayes will perform “Invisible” as part of the ConAgra Foods’ Child Hunger Ends Here campaign. Luke Bryan and Florida Georgia Line will join with Nitro Circus for a special number of “This is How We Roll.” Their joint performance will feature the action sports stars showing off their BMX skills in a live remote showing from the Mandalay Bay Events Center.

Country music awards 101: How are they different? >>

The 49th Annual Academy of Country Music Awards will be broadcast live from the Las Vegas MGM Grand Garden Arena on Sunday, April 6, at 8:00 p.m. live ET, with a delayed PT airing, on the CBS Network.