Mother Monster says she puts on her grandma’s robe when she’s writing songs. 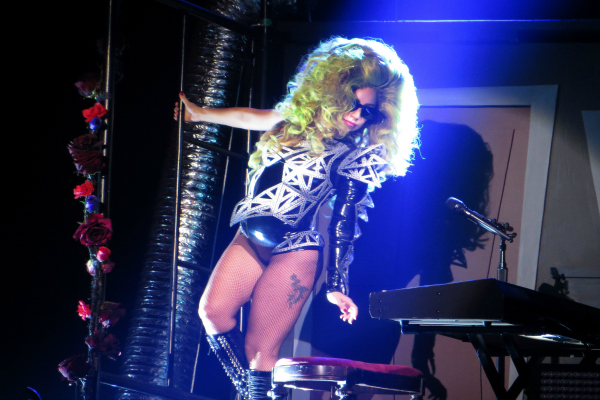 Lady Gaga is a woman of all sorts of looks when she hits the stage, but there’s one ensemble her Little Monsters may not be familiar with. As the cover girl for the summer 2014 issue of Porter magazine, the pop star reveals that she throws on her grandmother’s vintage floral robe when she’s writing songs.

But that’s not the only mention of family. It might come as a surprise, but the superstar behind all the catchy pop songs and elaborate stage shows is just a good old-fashioned New York girl who loves her family. In the interview, Gaga says she has a “fierce love” for her younger sister Natali Germanotta, admitting, “When she shows me her drawings, I think, ‘F***!’ I want to sit in her apartment with her and smoke cigarettes and sew all day.”

For all we know, that might have been exactly what she did during her downtime this past weekend. On Friday, March 28, Gaga celebrated her birthday with a return to her hometown of New York City to kick off her sold-out seven-night residency at Roseland Ballroom, which will mark the historic venue’s very last event before closing its doors.

Monster Monster does offer some insight to her always-changing image, citing her “restless soul” as the reason for constant outfit after outfit. “If I’m able to hold on to one look for a longer period of time, it means I’ve settled into a new idea. If I haven’t, I’m just searching for the next thing,” she explains.

As you might have guessed, Mother Monster took that mentality to Roseland, left the robe at home and offered the crowd everything from big hair to a string of eccentric costumes. Keep them coming, Gaga!