Miley Cyrus’ hit ballad “Wrecking Ball” gets the rock-country treatment, and the results are spectacular. 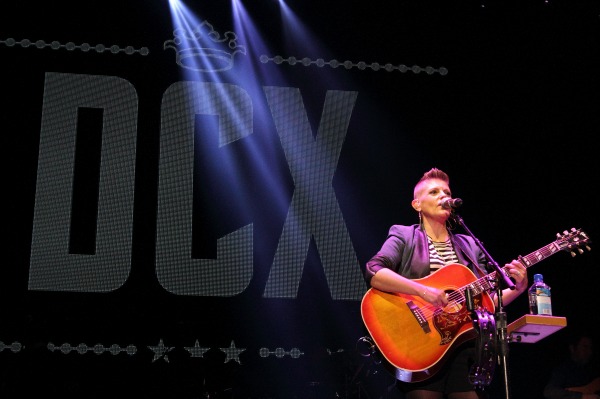 The Dixie Chicks covered Miley Cyrus’ hit “Wrecking Ball” at a recent concert, managed to keep their clothes on their bodies and tongues in their mouths, and totally killed it.

Known for their country sound, the Chicks took a decidedly different tone with the cover at a show at the O2 Arena in London and gave it more of a rock ballad flair, adding their signature harmonies to stunning effect.

The venue’s social media person tweeted this still of the performance.

Cyrus herself loves a good cover: She has performed both Outkast’s “Hey Ya” and Stevie Nicks’ “Landslide” during her Bangerz concert tour, and did a killer rendition of godmother Dolly Parton’s “Jolene” during her Backyard Sessions a couple of summers back.