It’s been one of Hollywood’s worst-kept secrets, but Johnny Depp finally admits that he’s engaged to Amber Heard. He did it in an unusual way. 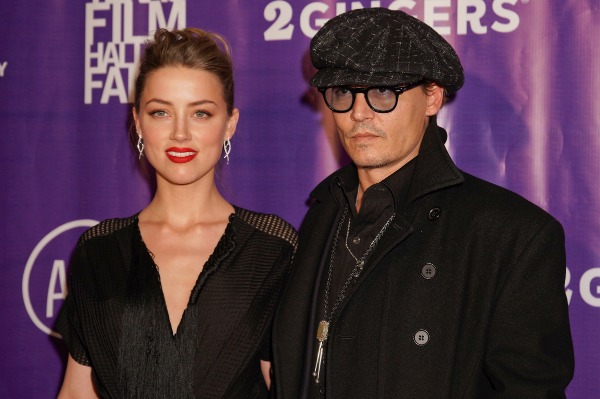 They’ve already had an engagement party, but Johnny Depp is finally confirming to the press that he is indeed engaged to Amber Heard.

The 50-year-old actor was in Beijing, China, to promote his latest film, Transcendence. It was the curious ring on his left hand that drove the Associated Press to ask the million-dollar question: Is Depp engaged?

He shared, “The fact that I’m wearing a chick’s ring on my finger is probably a dead giveaway. Not very subtle.”

The Pirates of the Caribbean star then showed the sparkly diamond on his ring finger. He gave no explanation as to why he was wearing it, though. Why wasn’t it on Heard’s finger instead?

While that mystery was never solved during the interview, he did mention a bit about the upcoming wedding and what he’s not going to do for the nuptials.

“I think that I would be better at making women’s shoes than I would be at wedding planning. I can’t plan anything,” he said. “I’m really bad at that stuff.”

This will be the first marriage for both Depp and his bride-to-be. He was previously involved with French actress Vanessa Paradis. They split in 2012 after 14 years and two children together.

Even though the couple hadn’t confirmed their engagement to the press, it’s been one of the worst-kept secrets in Hollywood. Paradis has commented publicly and wished the couple the best and Aerosmith singer Steven Tyler talked about their recent engagement party.

It looks like the longtime bachelor is ready to settle down.