Nikki Reed and her husband Paul McDonald have sadly decided to end their marriage of nearly three years. So what went so wrong? 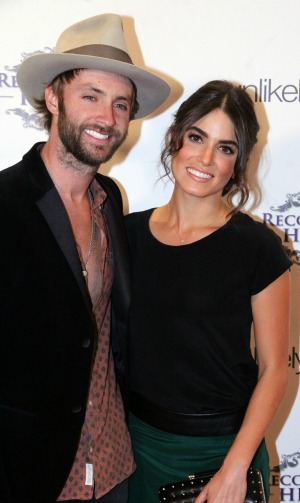 Another Hollywood couple has called it quits. Sadly, this time it is Twilight star Nikki Reed and her husband American Idol Season 10 alum Paul McDonald who have decided to call time on their marriage.

“After much consideration, Nikki Reed and Paul McDonald are ending their marriage. They have been living separately for the past six months due to work obligations,” a rep for the brunette beauty revealed to People magazine.

“They will continue to share their love of music, and are still working on their debut album, I’m Not Falling, releasing in 2014. They remain best friends and look forward to their continued journey together.”

At least, according to the 25-year-old star’s rep, things have remained amicable between the former lovers. The pair met on the red carpet premiere of Red Riding Hood in March 2011, and after falling in love, they were married shortly after meeting. They tied the knot at a private Malibu, California, ranch in October 2011.

The news does come as a bit of a shock to fans, who still believed the couple were enjoying married life together and had been for nearly three years.

“We don’t have rules, but I think it’s just important to focus on what you love. We love just hanging out. He’s my best friend in the world and I love him so much,” Reed revealed to Us Weekly just days before the announcement of their split.

If they aren’t going to be husband and wife, then at least the former couple have each other’s friendship. And it’s not completely over because we still have their music to look forward to!