One of Nickelodeon’s biggest stars Jennette McCurdy was noticeably absent from the 2014 Kids’ Choice Awards, but why? The Sam & Cat star took to Twitter to explain the situation in a series of cryptic tweets. 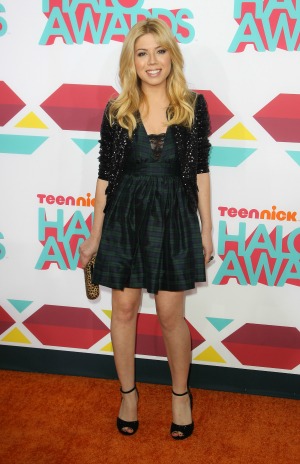 Fans were disappointed when Jennette McCurdy was a no-show at the 2014 Nickelodeon Kids’ Choice Awards ceremony, especially since the Sam & Cat star was nominated for Favorite TV Actress this year.

Yet even stranger is the fact that no one is really sure why the 21-year-old missed the annual slimefest held at the Galen Center at USC in Los Angeles, California, on Saturday. But McCurdy did apologize via Twitter to her fans for missing the awards show although her messages were rather cryptic.

“A lot of you guys are asking why I didn’t attend the KCAs, I wish I could explain everything as thoroughly as I would like to, but unfortunately a simpler explanation is all I can write,” the blond beauty tweeted on Saturday.

“I was put in an uncomfortable, compromising, unfair situation (many of you have guessed what it is) and I had to look out for me.”

https://twitter.com/jennettemccurdy/statuses/450096919067758592
And as vague as that explanation was, the star offered no further clarification. She continued to explain that the reason she was noticeably absent from the awards show was because she was standing up for herself.

“I chose to not go because sticking up for what is right and what is fair is what my mom taught me is ALWAYS the most important thing. I want to thank those of you who have reached out with kind words of support, McCurdians and Arianators alike,” she explained, addressing the fans of her Sam & Cat co-star Ariana Grande.

McCurdy may not have attended the evening’s festivities but Grande did, who went on to take home the bright orange blip for Favorite TV Actress award.

Of course, Twitter followers assumed, because of the lack of explanation, that perhaps McCurdy skipped out on the awards show because she was still reeling from embarrassment after racy lingerie photos of her were leaked earlier this month. McCurdy was quick to deny that was the cause. She tweeted, “My previous tweet has nothing to do with pics leaked. oh you guys lol (sic).”