The 2014 Nickelodeon Kids’ Choice Awards ceremony was a night filled with surprises, inspirational speeches, bright orange blimps and green goo. The winners are in — was your favorite victorious? 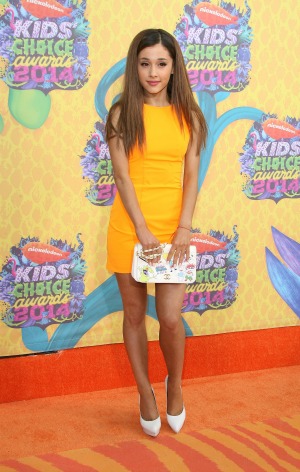 Who survived the slimefest and who managed to walk away with a bright orange blimp at the Galen Center at USC in Los Angeles, California, on Saturday?

The 2014 Nickelodeon Kids’ Choice Awards ceremony has officially come and gone, but the event was not without its surprises, and host Mark Wahlberg made sure the night was one to remember.

And even though the Transformers: Age of Extinction actor vowed in his opening speech that he would be the only one who was not covered in slime by the end of the night, he was proven wrong! Much to the enjoyment of fans and thanks to Kevin Hart and Wahlberg’s own children, even the host was turned green.

Among the big winners of the night were brunette beauties Selena Gomez, who took home the accolade of Favorite Female Singer and Ariana Grande, who was crowned Favorite TV Actress for Sam & Cat.

One Direction headed for splitsville? Kian Egan may think so >>

“This is the highest honor yet bestowed on me. I’m grateful, humble, the whole deal,” the Iron Man star said. “You know I wasn’t always a butt kicker. In fact, life has kicked my proverbial butt countless times in many ways for many years, until I decided one day to start kicking back. Now look at me!”

See the full list of winners below (winners are in bold).

Cloudy With a Chance of Meatballs 2

One Direction — “Story of My Life”

Taylor Swift — “I Knew You Were Trouble”