Some of the best actors are true chameleons, able to completely change their appearance for a role. For those who do it well, the rewards can be big and prosthetics can often bring Oscars. Here are 10 of Hollywood’s finest extreme movie makeovers. 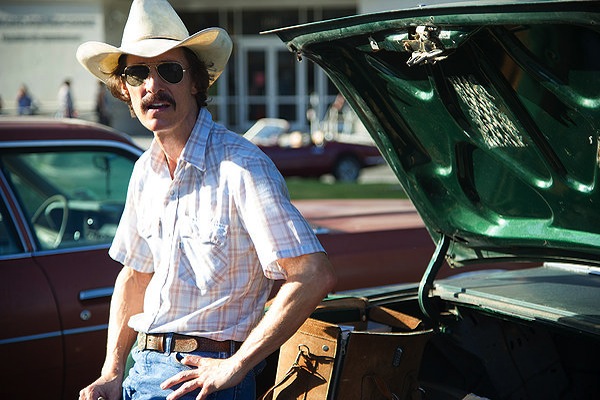 To realistically play an AIDS patient in Dallas Buyers Club, the True Detective star lost 47 pounds, creating a skeletal appearance. He locked himself up inside his Texas home to avoid temptation and distraction. When the 6-foot tall actor got down to 143 pounds, he began to lose his eyesight. Worth it? Sure, as long as he can still see the Oscar he earned for his performance.

Oscar snub No. 4 for Leonardo DiCaprio >> 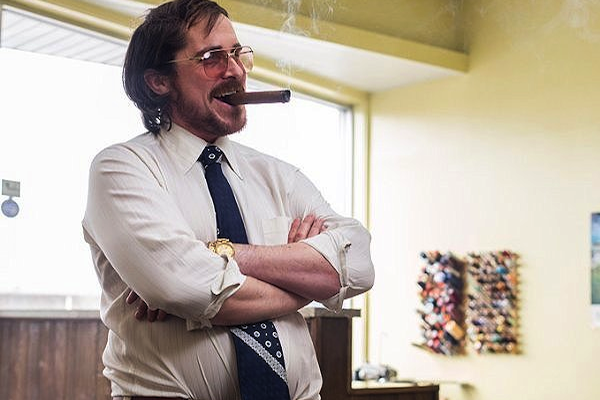 Known for his own drastic weight loss for his role in the film The Machinist, Bale went the other direction to play Irving Rosenfeld in American Hustle. He gained 43 pounds of pure fat, mostly in his belly. But that’s not all he did to create the image of the flashy swindler from the 1970s. Every morning, the movie’s hair stylist would shave the top of his head, creating the creepy comb-over look. Bye-bye, Batman! 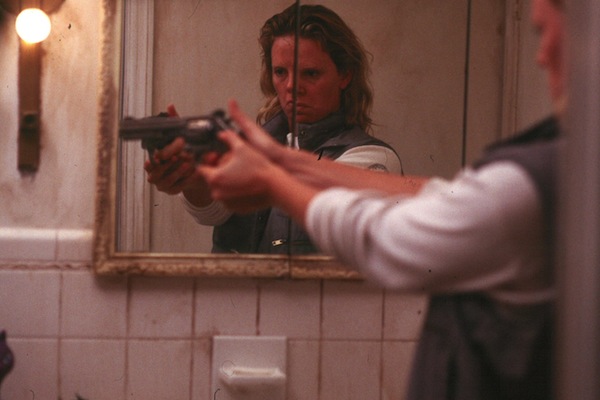 This drop-dead gorgeous actress knew she had to take a risk if she wanted to ‘kill it’ in Hollywood. But playing serial killer Aileen Wuornos in 2003’s Monster was certainly anything but glamorous. She gained 30 pounds, mostly by eating donuts and potato chips. She also wore fake teeth and makeup to give her skin a splotchy appearance. Theron was rewarded with her own Academy Award for Best Actress in a Leading Role. 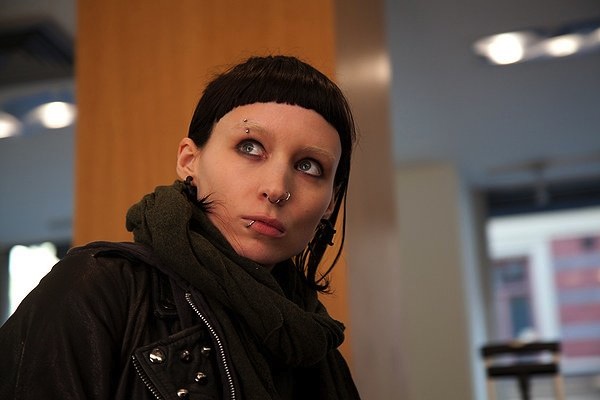 To play Lisbeth Salander in The Girl with the Dragon Tattoo, Mara had to tap into her inner Goth. The already petite actress lost a few pounds, bleached her eyebrows and added real piercings, including four in each ear and one each in her nose, lip, eyebrow and nipple. She claims to have kept the one in her nipple post-shooting. 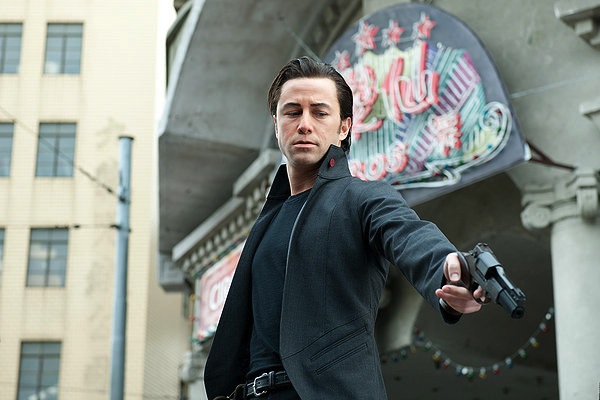 Bruce Willis starred in this time-traveling adventure flick, but needed an actor to play his much younger self. Gordon-Levitt agreed to spend three hours in makeup each day to achieve Willis’ snub nose, broader jaw and more pronounced brow line. His face was covered in so much makeup, the makeup artists would routinely have to pop sweat bubbles that formed on his skin. We’re not sure this one was worth it considering — even with all the prosthetics, he doesn’t really look like Bruce. 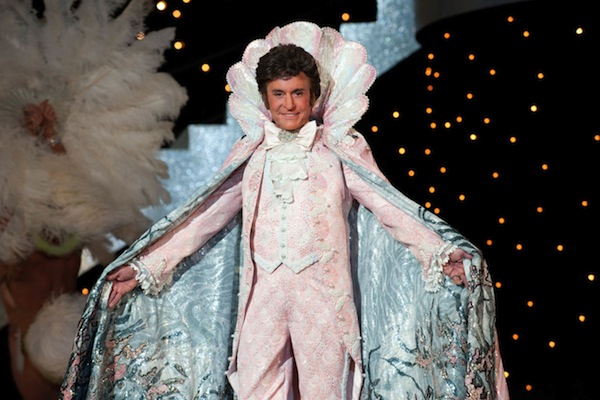 After rebounding from cancer, Douglas was thrilled to play the iconic Liberace in Behind the Candelabra. The 69-year-old actor sat in the makeup chair for two and a half hours to achieve the look of the flamboyant pianist. The role won him a Golden Globe for Best Actor. 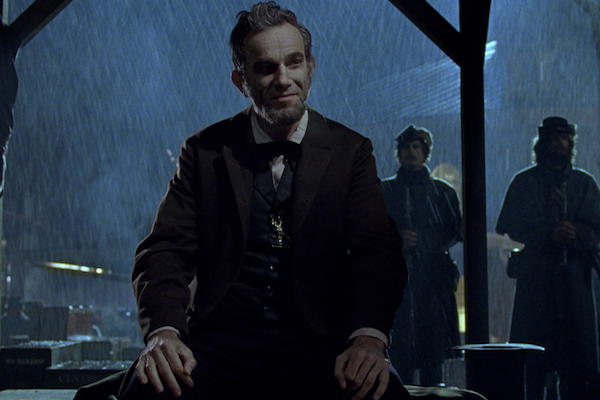 Let’s be honest: Abraham Lincoln may be our most beloved president, but he wasn’t much of a looker. Lanky, with a high forehead and protruding chin, Day-Lewis used his own beard and hair to play the 16th president, but added the iconic mole. The biggest transformation came in his voice. He mastered the frail, shaky tone and accent that truly captured Lincoln’s soul, never using his own strong voice while on set, even between takes. 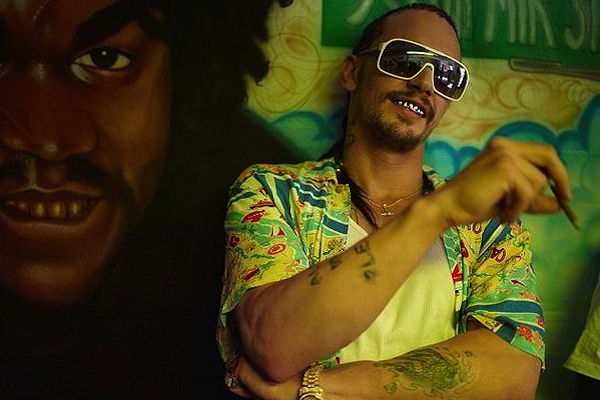 Franco is a bit of an oddball, but his transformation for the role of Alien in the strange movie Spring Breakers was truly scary, yet somehow still sexy. His cornrows, his tats and his mouth full of metal made him look like a guy you wouldn’t want to run into in a dark alley, but his off-kilter charisma somehow made him charming. 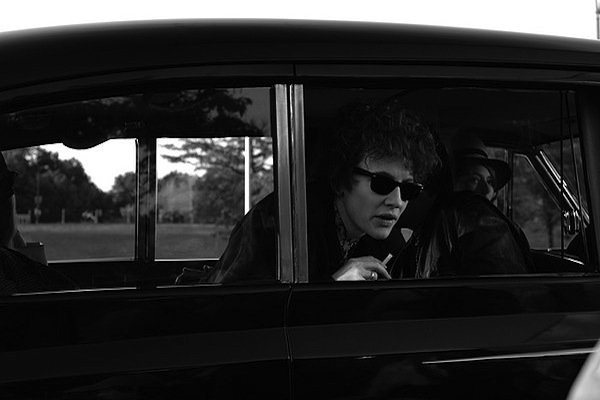 Blanchett loves to take risks in her work, even acting in drag when portraying Bob Dylan in the 2007 experimental film I’m Not There. She lost weight, wore a wig and changed her speech pattern, creating Dylan as an androgynous alien. It worked. 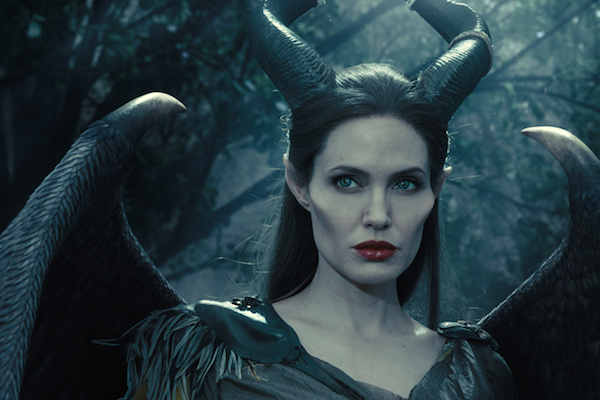 Jolie is known for attacking her roles like a shark, fiercely biting into her characters and not letting go. It’s no surprise her makeover for the role of Maleficent involves facial prosthetics that include sharp, protruding cheekbones and pointed ears to look truly evil. Maleficent opens in theaters May 30.