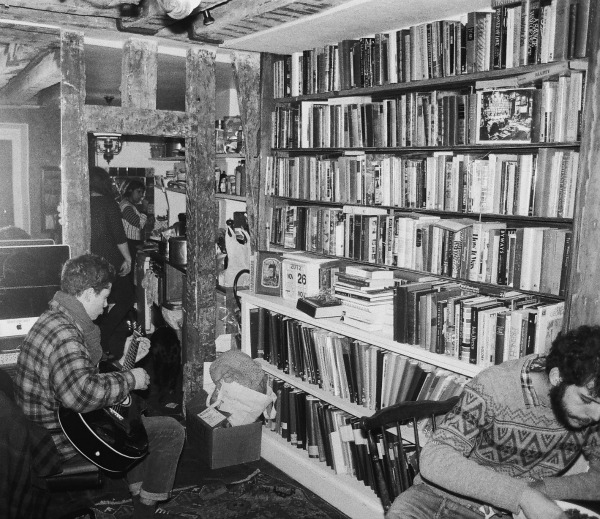 In the famed City of Light, a tumbleweed is an aspiring writer who sleeps in the stacks of the historic, English-speaking bookstore, Shakespeare and Company.

Paris is a romanticized place for writers. We’ve heard the stories of ex-pat greats, like Fitzgerald and Hemingway, who escaped America’s puritanical ethics to live in a foreign land.

These celebrated authors went to Paris, where they found culture, wine and inspiration. They aren’t the only ones. Now, people from all over the world rush to Shakespeare and Company for the opportunity to shop there but, more interestingly, to live there.

American soldier, George Whitman, founded the shop in 1951. His was a place of books, hospitality and conversation, and he welcomed guests. Occasionally, he would even accost book browsers with, “Are you a writer? Because we like your looks,” and then offer them a bed. Over 20,000 people have slept at Shakespeare and Company, and signed copies by famous authors are still found on the shelves, including Hemingway and Anais Nin. 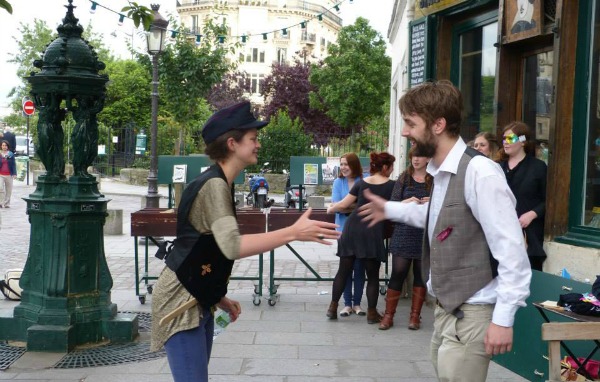 My Name Is Will and other Shakespeare spin-offs >>

Thomas Hodges first heard of tumbleweeding when he was at school in Scotland, and he eventually earned a spot at the celebrated Paris bookshop. He would start the day early. “I’d open the window on the stairwell and look out at Notre Dame,” he says. “Every time I woke up to that view, I would just burst out laughing. I couldn’t believe where I’d ended up.”

Too true. Becoming a tumbleweed at Shakespeare and Company is not a place for planners. It is a place for adventurers. There is no guarantee there will be space to stay. Instead, prospective tumbleweeds show up, ask around and they may or may not get lucky.

If you are lucky enough to stay, you get a free bed (no food), and you have to work two hours a day. Don’t panic; French is not a requirement. People usually stay from a week to a couple of months (although, I heard a rumor about one dude who stayed for seven years). 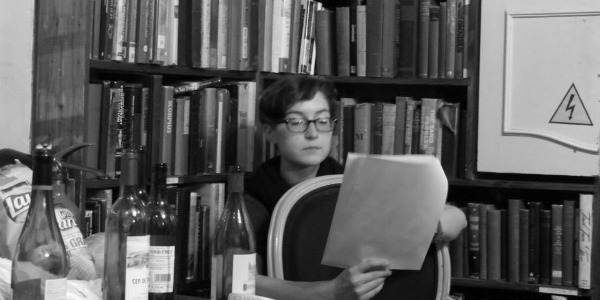 You may or may not fit in. As Hodges points out, there is a serious “lack of personal space.” But who cares? You’re living in Paris for free in one of the most famous bookstores in the world, and your only real job is to read books.

When I asked Hodges what he got out of the experience, he gave me a variance of answers. First, there’s the work: “About 12 poems, three short stories, two songs and half a novel!”

Of course, the writing is only part of the experience of a true tumbleweed. Hodges also gained “a phenomenal red wine tolerance and a network of peculiar, brilliant people to call my friends. In reverse order of importance.”

Because, really, the work is a very small part of Paris. Yes, Hemingway and Fitzgerald produced there, but they also lived there. They experienced the city and both of them fell in love. Many people fall in love with Paris, which is why tumbleweeding holds such attraction for writers and booklovers alike. 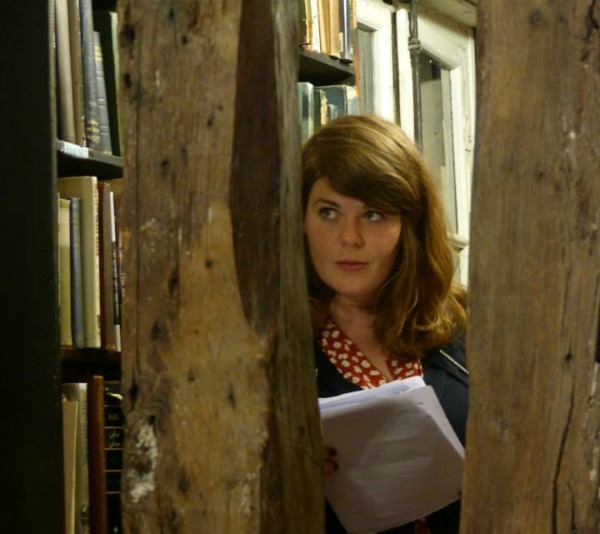 Shakespeare and Company is a hub for written word connoisseurs, and although Hodges has heard of many English-speaking bookstores closing in Paris, he’s not worried about his old bedroom.

“Partly because there is a history and atmosphere to the place that makes it a must for any literary tourist passing through the city,” says Hodges. “But an awful lot of it has to do with the fact that the shop has become a cultural hub.”

Shakespeare and Company hosts author events, produces plays and even publishes new writers through the Paris Literary Prize. It’s a place to visit, but also a place for wordsmiths to work on their craft and geek out with other book nerds. It’s a place I plan to stop by soon. You’ll find me sleeping in the cozy nook above the children’s section. I hear it’s the most comfortable.

Mariel Hemingway’s family curse: Running from Crazy
4 Love lessons from The Great Gatsby
12 Books that will improve your outlook on life