Friends of Zac Efron are claiming that the actor was out for a drug run and not sushi when he got attacked in a shady L.A. neighborhood. 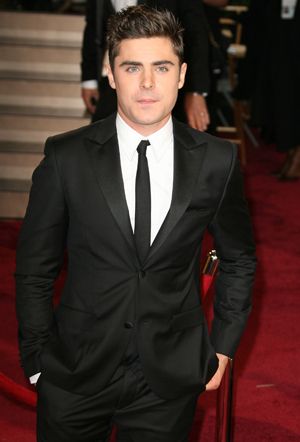 Zac Efron‘s pals are saying that the actor was actually out to score some drugs rather than going for sushi when he was attacked late at night in downtown L.A.

Friends of the High School Musical star claim they are convinced Efron has fallen off the wagon and is doing drugs again, TMZ reported. They seriously doubt that he drove through a shady area of downtown L.A. at midnight to get some sushi, as Efron has claimed. Instead, they say he went there to get drugs.

Efron told the cops he ran out of gas while driving in an area that is known for drug dealers and transients. While stranded, the 26-year-old claims that his supposed bodyguard got attacked and that he himself was punched in the face when he attempted to help.

But his friends are having none of it, insisting Efron is back to doing drugs.

“Zac’s a loner,” one friend told TMZ. “He goes out rarely, and the idea of him driving for miles to go to some sushi restaurant in downtown L.A. after midnight is preposterous.”

Other pals said that the guy Efron referred to as his bodyguard is actually a convicted drug dealer he’s been hanging out a lot with lately. His friends tried to warn him about the ex-con, to no avail.

Was Zac Efron in rehab earlier this year? >>

Apparently, other insiders told TMZ that when Efron supposedly went to rehab twice last year for his cocaine habit, he was actually at another friend’s house. The pal’s home is outside California, and Efron allegedly received private therapy while there but did not do any rehab at all.

Meanwhile, the “bodyguard” told the media he was stabbed in the face, chest and stomach by “transient attackers.” But cops told TMZ that when they arrived at the scene of the alleged assault, the “bodyguard” was fine and just sitting around texting on his phone, and the only one hurt and bleeding was Efron.