The Colbert Report gets #CancelColbert backlash for the show’s racial tweet, which was apparently taken out of context. 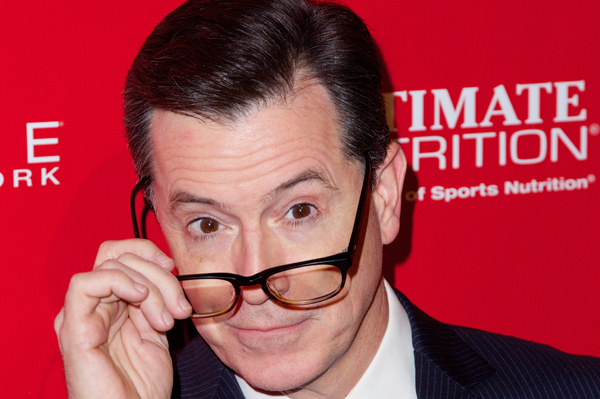 After a seemingly racial tweet was posted on The Colbert Report‘s Twitter feed, fans lashed out against the show with #CancelColbert, while others are defending the actual meaning of the post.

The tweet, which was posted on Thursday afternoon and later deleted, read, “I am willing to show #Asian community I care by introducing the Ching-Chong Ding-Dong Foundation for Sensitivity to Orientals or Whatever.” And it immediately caused a fan backlash with #CancelColbert.

Rob Minkoff was nervous to work with Stephen Colbert >>

But, while read on its own the comment would be seen as offensive, it was actually part of a segment on Wednesday’s episode, E! News reported. The tweet referenced comments made about the new charity effort by Washington Redskins owner Dan Snyder, made to try to ease the criticism over the team’s racist name. Meanwhile, “Ching-Chong Ding-Dong” is an Asian caricature that Colbert has assumed on his show.

However, Stephen Colbert himself agreed that the tweet was inappropriate, and revealed that he has no control over The Colbert Report Twitter account, which is owned by Comedy Central.

The Colbert Report also responded to the incident and tweeted, “This is a Comedy Central account, with no oversight from Stephen/show.”

Then, they posted an additional message, stating, “For the record @ColbertReport is not controlled by Stephen Colbert or his show. He is @StephenAtHome Sorry for the confusion #CancelColbert.”

Meanwhile, fans and Twitter users reacted with mixed feelings to the initial tweet and to the incident, giving hundreds of opinions on what the tweet was really about.

Here is what some of them had to say: