Russell Crowe is out promoting his new film Noah, but made a stop to sing a song with Jimmy Fallon. 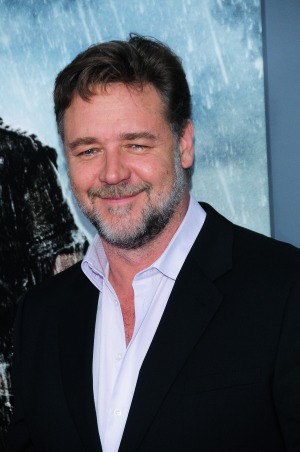 Russell Crowe is one talented Aussie. The actor showed us he can sing in Les Misérables, but apparently he was also in several bands back in the 1980s. He again showed his talent Thursday night on The Tonight Show with Jimmy Fallon by singing one of Johnny Cash’s best known songs, “Folsom Prison Blues.” Crowe’s version of the song was pretty much everything you could imagine it would be, and more.

Before he began, Crowe asked Fallon: “Do you mind if we do an old Australian folk song?”

Crowe began the song, and Fallon accompanied him on harmonica. Fallon’s band acted as the backing accompaniment for the song.

The actor was on The Tonight Show to talk about his new film Noah. Crowe is getting rave reviews for his role as the title character in the biblical epic, even if the film is facing some criticism.

“We have endured 12 to 14 months of irrational criticism and now people are starting to see it and to realize how respectful it is, and how true to the source material it is and how intense of an experience it is in the movie theater, you know, so that’s cool,” Crowe recently told the Associated Press.

The actor has done his part to promote his film, though, and went on a Twitter mission to get Pope Francis’ blessing on the film. The pope stopped short of a blessing, but did meet with Crowe for a few minutes.

Noah came out in theaters March 28.