Former Fleetwood Mac member and principal keyboardist Christine McVie has revealed she will be rejoining the group almost two decades later. So what made her leave in the first place? 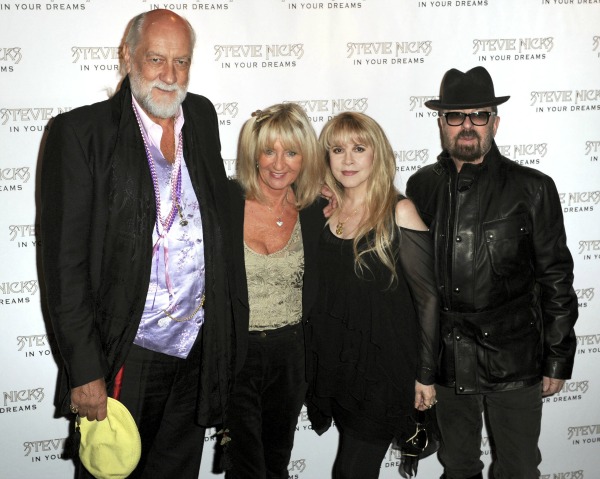 Lindsey Buckingham, Christine McVie, Mick Fleetwood, John McVie and Stevie Nicks are back together once more. Christine has officially announced she has rejoined the hit band Fleetwood Mac after she quit some 15 years ago.

Christine, 70, appeared on NBC’s Today show on Thursday to confirm to fans with a simple “yes” that she was, in fact, getting back together with the band. So why did the “Don’t Stop” hit maker quit in the first place? “I had a fear of flying. I hadn’t flown for 15 years,” she told co-host Carson Daly.

According to Us Weekly, the band had been rumored to rejoin for a while now, but the news was first confirmed by Billboard and Christine’s publicist Liz Rosenberg in January when she released a statement saying, “[McVie] has indeed re-joined Fleetwood Mac. We are hoping to make an announcement about a possible tour for the full tilt Macsters some time in 2014.”

Although Fleetwood Mac had continued to enjoy success without Christine, she will once again become a great asset to the band for her tremendous writing and keyboardist skills. And fans have even more to look forward to because the band is planning a North American reunion tour that will kick off on Sept. 30, and this will be Christine’s first time on the road with the band since 1998.

Exciting times are ahead!