A liberal arts college in New York is offering a class dedicated to Miley Cyrus, but you won’t be learning how to dance with a big foam finger in this course. 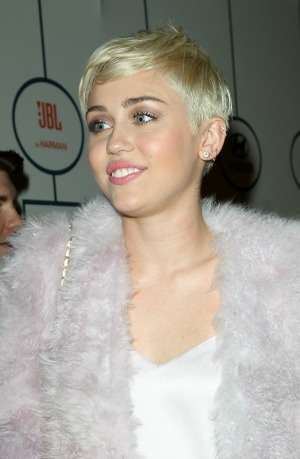 One college has added a course to its curriculum that will study nothing other than Miley Cyrus. But will it be too much naked body for the student body? Throttle down, turbo; it’s a sociology class, not “Twerking 101”. And it seems that studying Cyrus’ actions can actually give insight to societal trends and behaviors — at least, according to Professor Carolyn Chernoff.

Spencer Pratt graduates college and it only took 10 years >>

Chernoff will be teaching a course titled, “The Sociology of Miley Cyrus: Race, Class, Gender and Media” at Skidmore College, which is located in Saratoga Springs, New York, according to ABC News. The class is a special topics sociology course which will be “using Miley as a lens through which to explore sociological thinking about identity, entertainment, media, and fame.”

According to Chernoff, the course will focus on discussing Cyrus’ public, media-constructed persona, being that most of what the world knows of Cyrus is based on this perception. The class will investigate Cyrus’ persona, starting from her Hannah Montana days up through to her current overly-sexualized image.

The course will certainly not have a shortage of subject matter to touch on.

There could be an entire section on her sexuality, even referencing bisexuality. Cyrus recently explained her nakedness as the ultimate form of feminism — her carefully-crafted way of telling girls they can be whoever they want. There was also a recent incident in which Cyrus forcefully, and publicly, kissed Katy Perry.

And let’s not forget her open drug use. What all-encapsulating college course wouldn’t touch on that?

Chernoff was very quick to add that this course will be different than a course titled, “Politicizing Beyonce,” which is offered at Rutgers University.

I’m sure Cyrus herself would be the first to agree that she is a complicated individual.

Would you spend your college dollars on a Miley 101 course?