Bill Murray made his mark in a generation of timeless movies, and he is proving he still knows how to make fun of himself. 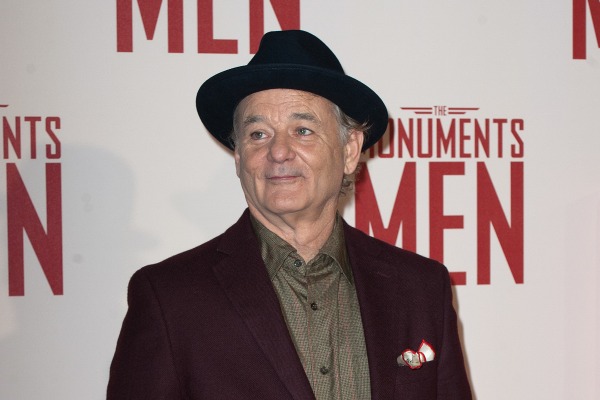 Bill Murray may have just out-Bill Murrayed himself. The actor showed up at one of his many golf tournaments — this time for the 14th Annual Murray Bros. Caddyshack Charity Golf Tournament in Jacksonville — with what may be the best golf shorts ever made.

Bill Murray is not down for Ghostbusters 3 >>

The shorts, made of material covered in Pabst Blue Ribbon logos, may be the ultimate hipster symbol.

The Caddyshack star has already proven his immense hipster staying power. He has starred in numerous Wes Andersen films, like The Life Aquatic with Steve Zissou, The Royal Tenenbaums and Rushmore.

He may have done the best thing of all at the Academy Awards. The Academy did not prepare a tribute for his friend, Harold Ramis, the actor and director who Murray worked with multiple times, so Murray provided his own while presenting an award. Ramis died Feb. 24 at his home in Chicago.

“We forgot one, Harold Ramis, for Caddyshack, Ghostbusters and Groundhog Day,” he said.

The pants weren’t the only treat Murray decided to deliver on Thursday. Another reporter later found that he was also wearing a Caddyshack-themed shirt.

PBR, a company founded in Wisconsin, has become a symbol of hipster-ness in recent years. The company is currently based in Los Angeles (and for sale — a fact which has started a petition to bring the company back to Milwaukee), and picked up on the news and tweeted it out to their fans.

You can see Murray in all his hipster glory in his next Wes Andersen film, The Grand Budapest Hotel, in theaters now.