James Van Der Beek is a good friend, and he made some lifetime friendships one night back in the 1990s. 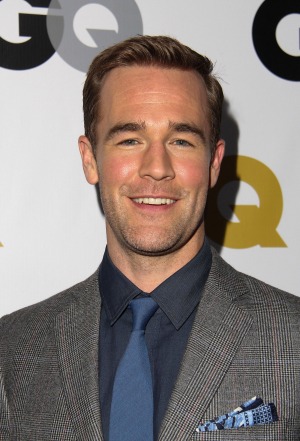 The 1990s were a magical place. In a world where both Dawson’s Creek and *NSYNC were at the height of their popularity, anything could happen. James Van Der Beek spoke with the Huffington Post on Wednesday, and shared an a-mazing story that could only be from the ’90s.

Van Der Beek was out one night at a club in Las Vegas when the boy band came by, but they were not yet a household name, and were also not all yet 21.

“I was in Vegas one New Year’s and somebody came by and said, ‘*NSYNC wants to meet you!'” Van Der Beek explained. “At the time, *NSYNC was the second to Backstreet Boys, it was before they had blown up. They had just come out with some Christmas album, like at the same time 98 Degrees did.”

Van Der Beek was the more famous of the celebs in the group, but made lifelong friends at that moment.

“So, I said, ‘OK.’ And I met them and they were so sweet, they were so nice. They were such cool kids and I immediately liked them,” he added. “I remember that night, we were all going to some club and they were all too young. And so I went in and somehow passed my ID back so that Justin could get in with my ID. And then Justin got in and then tried to pass it off to Lance [Bass] to get in. By the third time [the bouncers] saw a James Van Der Beek ID, they were like, ‘Ah, I don’t think so, James.'”

Van Der Beek didn’t elaborate on if he partied with Timberlake and left his friends outside. But the actor and *NSYNC singer have both gone on to be huge stars and they have remained friends over the years.